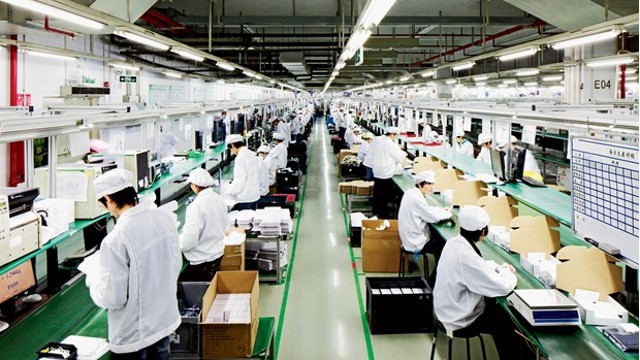 Apple released its latest Supplier Responsibility report last night and revealed that it has decided to cut ties with a supplier in China after discovering the company was employing dozens of underage workers at a factory in China.

The report reveals that during an audit that took place early in 2012 Apple discovered a conspiracy between one of its suppliers, Guangdong Real Faith Pingzhou Electronics, and a local staffing firm, Shenzhen Quanshun Human Resources, in hiring underage workers. The staffing firm helped families to forge age verification documents and the audit discovered 11 factories that were employing underage workers. In total, 106 cases are currently being investigated.

In the Supplier Responsibility report, Apple said, “The children were returned to their families, and PZ was required to pay expenses to facilitate their successful return.”

In recent months, worker conditions in the electronics industry has had a lot of media attention and, as a result, companies like Apple and Samsung have promised to do more to prevent the violations. Jeff Williams, Apple’s Senior Vice President of Operations, told Bloomberg: “Underage labor is a subject no company wants to be associated with, so as a result I don’t believe it gets the attention it deserves, and as a result it doesn’t get fixed like it should.”

Throughout the year, Apple conducted 393 audits across its supply chain, which is up 72% from 2011. The audits included environmental inspections, process safety assessments and targeted bonded labor audits.

Apple achieved an average of 92% compliance in its supplier overtime policies in 2012 and is now tracking more than 1 million workers every week. Apple has expanded its worker empowerment training programs and its supplier employee education and development program. Training was given to 1.3 million workers last year and more than 200,000 workers have participated in the education program since its launch.

Apple was the first technology company to join the Fair Labor Association (FLA) early last year. It published a list of suppliers for the first time in its 2012 report. An independent audit by the FLA found a number of violations at Foxconn and in its latest report, Apple noted that Foxconn has fulfilled the requested changes ahead of schedule and is on track to complete them by the July 1, 2013, deadline.