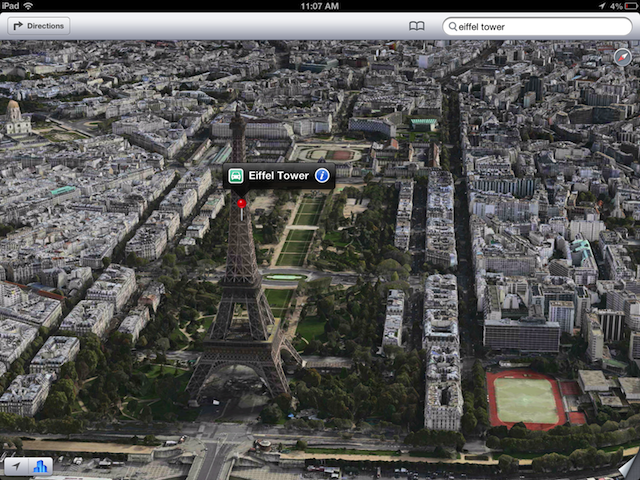 Apple is continually improving Apple Maps since its launch last year, and today has added 3D Flyover support to Paris, France. Until now, Lyon was the only French city that had Flyover support, but now Paris is joining the club.

According to igen.fr, Apple has done a great job of the Flyover view of Paris and includes coverage of not only streets in Paris, but also covers areas like Versailles, Aulnay-sous-Bois, Disneyland Paris and L’Hay-les-Roses.

Apple’s 3D Flyover feature first arrived with the introduction of iOS 6 last September. Initially it launched support for just a few cities, but Apple has been adding more and more cities and countries for the past eight months.

Apple has added support for over 16 cities since January, including Portland, Cleveland, Minneapolis, Buffalo, Indianapolis, Tulsa and Stockton, and continues to roll out updates to improve Apple Maps as a whole.