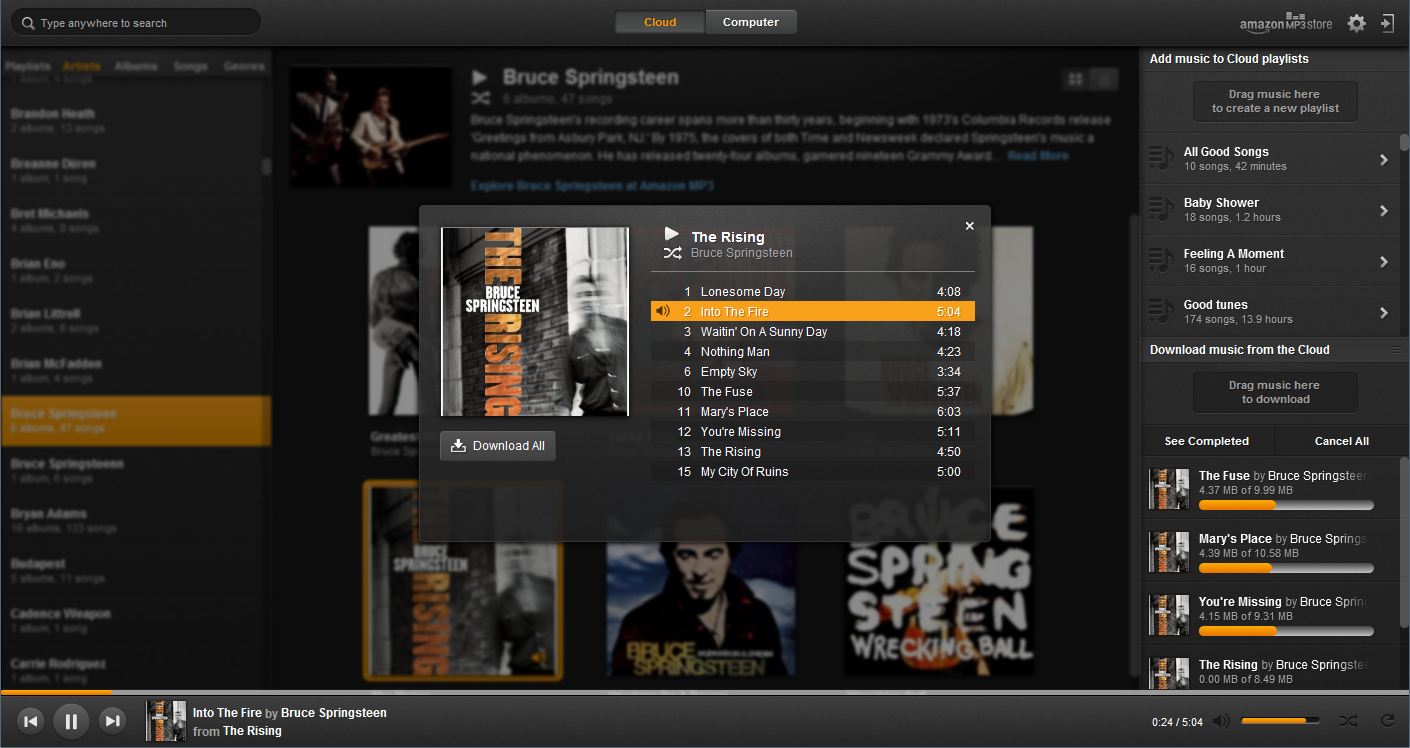 In what’s probably a giant tell about the value of a web app versus a native application, Amazon will soon be releasing its cloud media player for OS X. That being said, the company hasn’t directly announced when it will be releasing its native desktop client that will compete directly with Apple’s iTunes.

The application will do everything you would expect it to: focus on your music, access your purchased music content, and take advantage of its instant search to find all of your buried songs from your childhood.

That’s not the best part though. Cloud Player will scour your Mac and track down all of your iTunes purchases and songs and then transfer them to Cloud Player so you can access both Amazon and Apple content from within the player.

It’s nice to have a competitor, even if the color scheme looks like the application came right out of the 90s Winamp era. The Jury is still out on whether or not this application whips the llama’s ass like Winamp though.