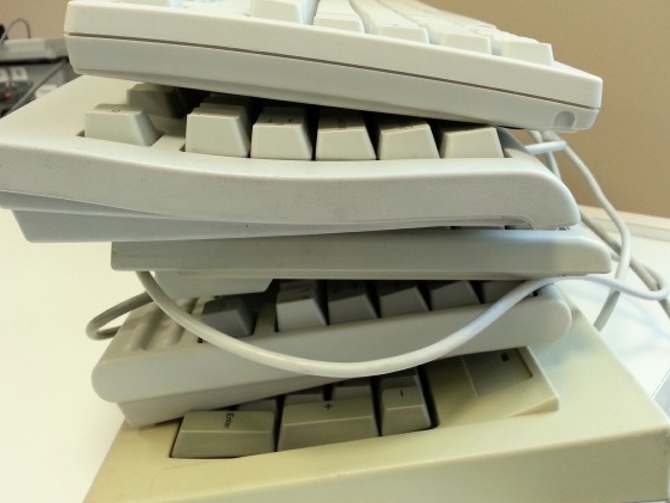 My love of mechanical keyboards is well documented. Wired has a great story about someone with an even deeper obsession than my own:

Ermita runs Clicky Keyboards, a side job to his regular gig as Princeton University’s IT manager. He finds, buys, rebuilds, and then sells IBM Model M keyboards to nostalgic, discerning geeks through his website. Mechanical (or clicky) keyboards improve typing speed and help eliminate carpal tunnel syndrome—but the real draw is the tactile feel of typing on a real keyboard; it’s the reaction of feeling the physical switches under the keys. That “feeling” is exemplified by the Model M, and has helped create a surprisingly large market for a 30-year-old piece of equipment that weighs five pounds.

This is a really cool story about someone who goes out of their way to keep something alive most people have written off, something old school Apple fans should appreciate.