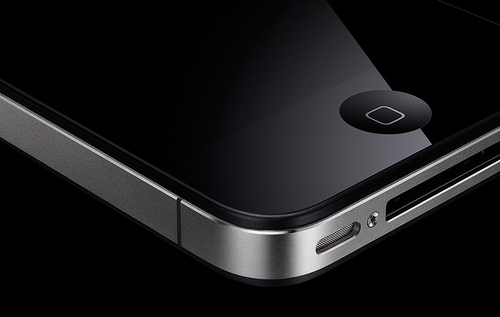 iLounge editor Charles Starrett has noticed that the Verizon iPhone may have an issue with loss of signal if the slots on the antenna frame are bridged:

The problem with Wi-Fi reception appears when the device is held snugly in landscape orientation with two hands, a position common when playing games or using the widescreen keyboard.

iLounge’s testing so far has found that the Verizon iPhone 4’s issues appear in the same geographic location as the AT&T iPhone 4’s, indoors with an average of three bars of signal strength. Once again, use of a protective case appears to fix the antenna issue, and antennuation may not be noticeable in areas with stronger signal strength.

I am unable to reproduce the issue on my new iPhone, but if this is similar to the issues with the AT&T model, it may be spotty.

In the height of the madness last year surrounding this, Apple held a press conference and handed out free bumpers. After that, I think most people understand this to be an issue that happens to some people, with some devices, some times. I really don’t think there’s much to see here.

Also — who holds a phone like that? It isn’t a life raft…