There has been a lot of hype about Twitter, and there are thousands of Twitter apps in the iTunes store. I have a handful of them on my iPod myself, in fact, but there is only one at the present time that really stands out for me. Tweetie 2 ($2.99) is a fantastic Twitter app and is well worth its price. Tweetie 2 features the greatest parts of Twitter all in one handheld application. These include:

These features will be explained in the screenshots I’ve included below.

First, we have the location of Tweets, thanks to location tracking (and hopefully bolstered by Twitter’s recent acquisition of Mixer Labs). We also can see associated images based on TwitPic or yfrog: And here’s my favorite part: threaded conversations.  If someone sends a tweet and you reply, wouldn’t you like to know what it’s in reference to?  This isn’t a native feature to Twitter, but Tweetie does such a good job at this that I think they should just build it out into the Twitter interface itself. (Apologies for the expletive in the screenshot above.)

But wait, there’s more.  For those of you who handle multiple Twitter accounts, perhaps due to an identity crisis handling business-related Twitter accounts, Tweetie 2 makes it easy to maintain these identities separately. You simply tap on the name on the home screen and load the corresponding account, lists, tweets, and DMs.

You can also search through your Tweets, refresh the timeline quickly, preview short URLs, view Twitter in portrait or landscape mode, access Twitter in offline mode, translate your Tweets, and a whole lot more.

Tweetie 2 is like Twitter candy. It makes the experience sweet and you know you need to have more. But it’s one of those indulgences that you can enjoy all the time — and thus far, it’s been really great to me. You’d be silly not to check it out. 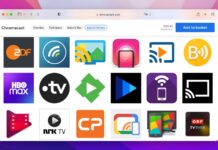