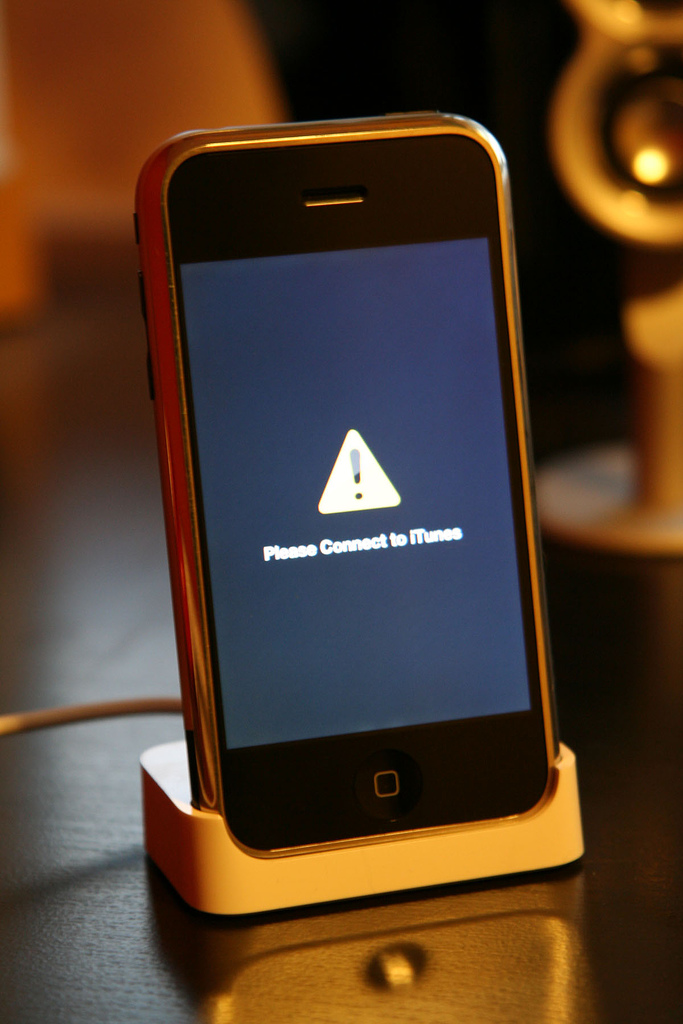 I received an interesting email today about the 3.0 iPhone software that I thought I would pass along. Â Some developers are pretty pissed right now, and a whole lot more of them are more than a little disgruntled. Â The deadline for the first beta was last night at Midnight. The developers were supposed to install beta two, but for a large chunk of them who already beta two installed, their iPhones were rendered useless at midnight. Â Sounds a little too much like a Cinderella remake to me! Apparently, the iPhone loses connection to AT&T, freaks out – comes back looking unactivated. That is, it had the “Plug me into iTunes” and emergency only screen.”

The general consensus seems to be that “there’s an issue where when you restore from a backup of B1 firmware it changes the version the iPhone “thinks” it has.”

So if you’re being a rebel and installing beta software on your iPhone, I’d keep your eyes peeled for some of this behaviour. Â If you’ve noticed the problem and you’re crapping your pants that you bricked your phone, you should go and get the latest software image.

Thanks for the tip Anon!

If you have any good rumors or nuggests of information for us, feel free to drop me an email. We never reveal our confidential sources!