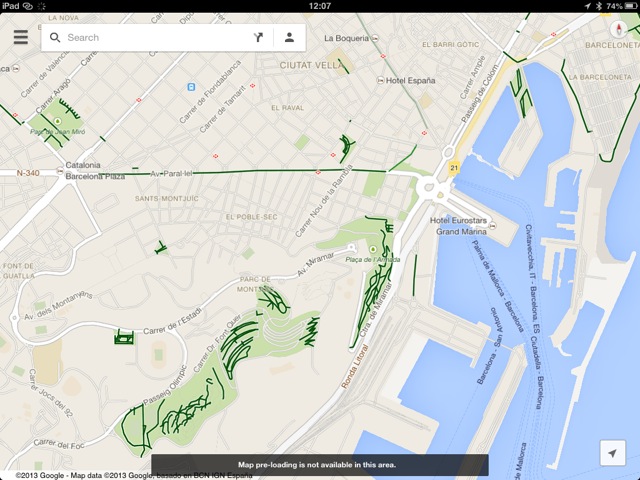 Google Maps 2.0 was released earlier this week, an update that finally brought the app back to the iPad along with a few more features and improvements. But did you also know that there’s a secret trick for Google Maps that lets you cache the current map view for offline use?

This feature has already been available for Android users, but now iPhone and iPad users can enjoy it as well. The feature lets you save whatever map is currently loaded on your screen so that you can still use maps when you’re outside of Wi-Fi range. You’ll also be able to use the GPS radio when you’re traveling without going over your data limit.

It works just like the Android version, which, for those who don’t know, means all you have to do is type in a key phrase in the search bar. The phrase is, “Ok maps.” Once entered, you’ll see the Google Maps icon appear on the screen. When the icon isn’t transparent anymore, you’ll see a message at the bottom of your screen saying the area on your maps has been saved.

If you try to cache an area of the map that’s too big, you receive a prompt telling you to zoom in and make the area smaller. If you really need to save a bigger area, you’l have to zoom in, save that location, and then move around to all the different areas and save each portion of the map separately.

To view your saved maps, you’ll have to manually go back to the location that you’ve saved. For now, there isn’t an option to jump straight to your cached locations, but hopefully something like that will become available in a future update.

How to Use Time Machine on Mac Like a Pro