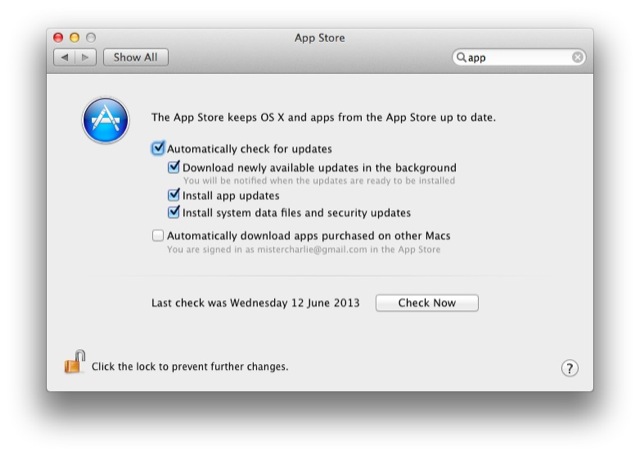 Apple introduced a lot of new stuff for iOS 7, including a nifty auto app update option so that all of your apps will automatically update themselves when it’s time, but it looks like this feature isn’t exclusive to just iOS. OS X Mavericks, Apple’s newest operating system for the Mac, will also sport this feature as an option.

In Mavericks OS, there’s a new pane in System Preferences that has been added that concerns App Store update settings and it comes with the option to have your apps automatically update themselves in the background when a new update becomes available.

There are some other options as well, including switching auto-check for updates on or off and telling Mavericks to download new updates or just install them right away. There’s also an option to install system data files and security updates.

You can also check off the little box that will automatically download apps that you’ve purchased on other Macs, like with iOS. This is a great feature so that you can fill your iMac with all your apps, but only have a select few downloaded on your MacBook Air so apps don’t take up all the space.

When you start using Mavericks, the option to turn on auto app updates will pop up when you make the first update the app.