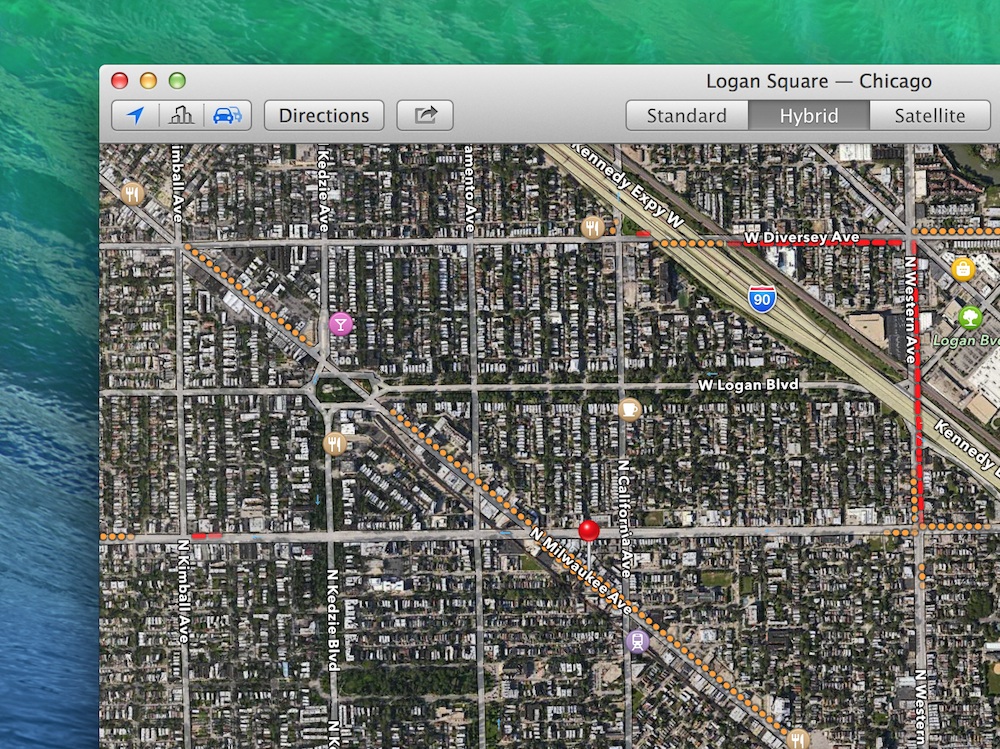 If you frequently use Maps for iOS, chances are you’ve used the app’s built-in traffic and road-incident overlay. Maps for OS X Mavericks also has this feature built-in, making it easier for motorists to plan their routes around traffic before heading out the door. To view the road incident overlay, make sure you’re viewing Maps in either the standard or hybrid view: Use the view buttons in the main window’s toolbar to switch to one of these modes.

Next, look toward the upper left-hand corner of the screen and click on the traffic button—its the button whose icon resembles two cars. At this point, you should see various dotted lines on roads, expressways, and highways on your map. The Maps app uses a color-coded system to indicate traffic conditions: The redder the line, the heavier the traffic. If a road is clear, it will have no special coloring. Not only does Maps for OS X show traffic congestion, it also shows traffic incidents such as crashes and road work. Crashes appear as red squares that, when clicked, reveal more information on the accident in questions. Road closures appear as “do not enter” symbols. If there’s another problem that may cause traffic slowdowns, you’ll see a yellow caution symbol on the map.