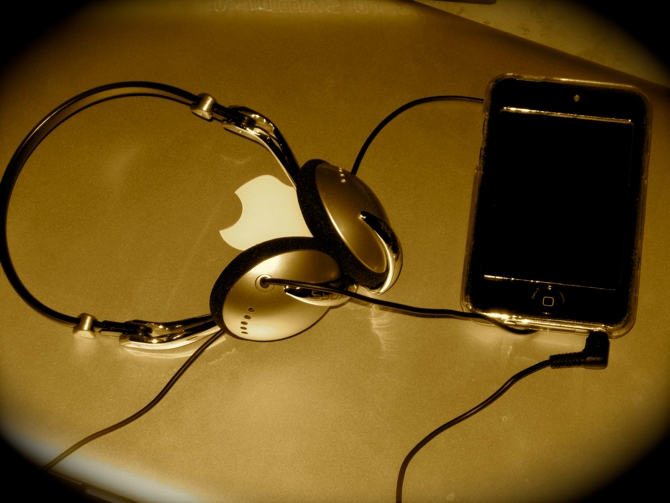 Ever since Apple purchased—and killed off—Lala, I’ve used Spotify and other streaming services to close the gap. But I’ve got quite a lot of music that isn’t available for streaming anywhere (unless you count poorly encoded YouTube versions) that I’d like to listen to across my devices. Enter Plex.

Plex is a software package that allows you to set up your Mac or network-attached storage (NAS) device as a server and stream your own music to your iPhone—even if you’re away from home. Setting up Plex requires some basic familiarity with networking: You’ll need to know how to open ports on your router, unless you only want to use your server on your own network. Consult your router’s documentation to find out how to to this. You can install Plex on either a Mac or a NAS device, or on that Linux machine you have tucked away under your desk. For the sake of simplicity, I am going to walk through the setup of the Mac server. Download the server from the Plex site and select the Computer installation option.

Once you’ve downloaded the Plex software, drag the app into your Applications folder and open it: It’ll then walk you through the process of choosing your media files and source folders. If you prefer, you can also set Plex to use your iTunes library as the inventory source: This is a cleaner, more straightforward approach, and it keeps you from having to worry about file naming conventions.

Your server settings will open in Safari; when they do, click on the Settings icon in the upper right corner. Click Server, then click Connect: You will then be taken to Plex to set up your account. Once you set up you account, you can attempt to connect the server to  the Plex service, which acts as the relay between your client and servers. If you need to configure your router, you’ll get an error at this point.

This is where I had one difficulty with the set up process for Plex. The setup software will ask you to map port 32400 in both TCP and UDP to your server. Make these adjustments according to the set up instructions on your router. Where I got frustrated is that even after I set up up the firewall rules, I was still failing the test. The missing step? In the Plex software you’ll still need to check the Configure Manually box. It took me a couple of tries to figure this out, as it isn’t clear that this option isn’t to specify a port other than the default, but instead tells Plex that you have the ports opened.

Once you finish configuring Plex, set it to Open at Login via its Dock icon menu, and you’ll be all set.

Connect From Your iOS Device Now that your Plex server is all ready to go, you’ll need to get the Plex client app for iOS, a $4.99 purchase from the App Store. Once you download the client app, sign in with your Plex account and your server should be available. If it isn’t, tap on the Plex icon located in the bottom toolbar (the right arrow in the circle), and on the following screen, tap the name of the server that you set up. If it isn’t there, double-check your server’s settings.

The streaming works pretty well on LTE, but it does seem to have some lag between tracks. I think that it doesn’t cache the next track in your playlists or something, but it isn’t too egregious. This is better on Wi-Fi, but the only time I didn’t notice the lag was when I was streaming on my local network.

Connect From Your Computer (Or Apple TV)

If  you want to access your Plex server from your Mac or PC, you have a couple of options. If your computer and your Plex server are on the same network, open your browser of choice and go to http://your-server-ip-or-DNS-Name:32400/web. From there, you can then browse through your channels, as if it were any other machine on your network.

Alternately, if you have a computer hooked up to a TV, you can install a client app with a TV-friendly interface (select the Home Theater Download). I installed this on the same Mac as the server, as it is an excellent replacement for Apple’s discontinued Front Row app.

If you’re feeling ambitious, you can follow this guide for configuring your Apple TV to connect to Plex. It requires you to create certificates and use Apple Configurator on your Apple TV, and it isn’t for the faint of heart. It’s am ambitious project, but it would be nice if Apple would just put a browser on the Apple TV to cut out the middle man.