Q. I installed the Apple security update yesterday. Is my Mac now safe? Do I need some sort of anti-virus too?

A. Unfortunately, I do not believe the OS X security update is enough to declare everyone is safe. I have a test Mac running 10.5.8 with the Apple security update installed and was just able to install the MacGuard variant of the current malware that is making the rounds. I’m trying very hard to not be an alarmist as the current threat is minimal. This malware has to be installed by the user — it does not install itself. It’s also very low end on what it does. It’s somewhat just a really fancy phishing scheme. I do worry with the all the press that our years of “security by obscurity” are over. I believe we will probably start seeing more of these trojans in our future, ones that do more than just trick users into giving their credit card information.

While I don’t personally have any anti-virus on my own Mac, I do see a need for it for many of my clients. Over the years I have installed various anti-virus applications for them. Often I found that some of the software that was supposed to protect you did enough annoying stuff that it was practically a virus itself. For the last 3 years I have been deploying Sophos for my clients, and it does a great job. They even have a free home version. Bottom line, if you are concerned then install an anti-virus program. Just make sure you do your research and don’t install something that takes over your Mac and makes it unusable.

Have you or someone you know been tricked into installing the malware? Have you installed an anti-virus program? Let us know in the comments. 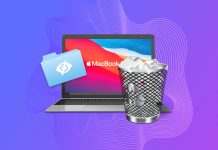