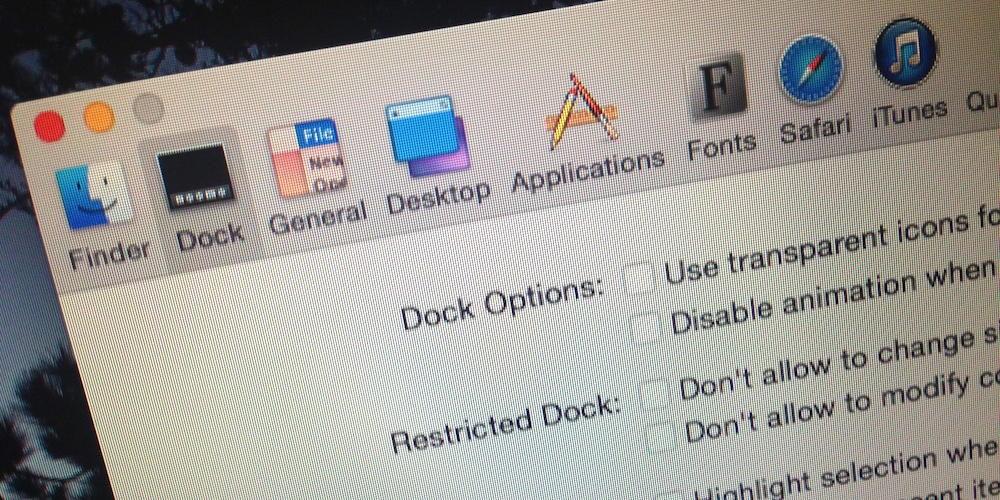 Hidden inside OS X are a cadre of settings and options that, for one reason or another, Apple never included a checkbox or picker for. For instance, did you know that you can use a third animation when minimizing a window to the Dock? You can get at these hidden features through the command line, or via one on a number of OS X utilities that provide a friendlier front-end to these controls.

My app of choice to get at these features is Tinkertool. It’s a freebie download by Marcel Bresink that’s been around since the early days of OS X, and it lets you get at extra features for OS X and some of its bundled apps. Here are a few features worth tweaking:

Restore pre-Lion key repeat settings: Prior to OS X Lion, holding down a key let you repeat that character (for example, if you held down the E key, you’d end up with “eeeeeeeeeee”). In Lion and later, holding down a key brings up a special character picker that let you select characters like è, ñ, and ø. To restoreeeeee (*ahem*) the old key-repeat feature, go to Tinkertool’s General tab and select “Support key repeat.”

Don’t sleep your MacBook when pressing the power key: On the General tab, uncheck “Press and release to switch to sleep mode.”

But there are many, many more. Go get Tinkertool and see what it can do for you.