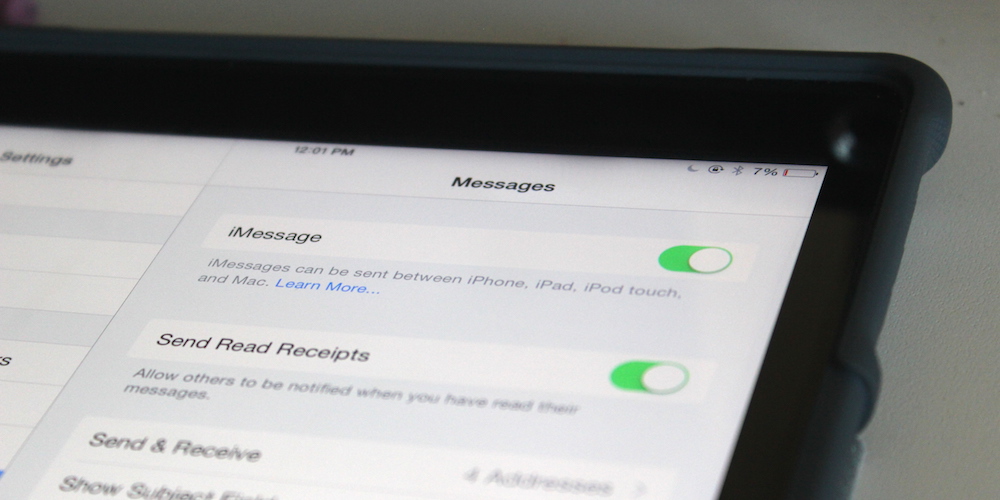 A family member of mine recently got a new iPad Air. She loves it, but she was initially confused by the fact that she was receiving iMessage texts on her tablet as well as her phone. If you too are new to the iPad and would rather not receive iMessages or phone calls on your tablet, here’s where to look.

Start my opening the Settings app on your iPad. Next, scroll down the list along the left-hand side of the screen, then tap Messages. Finally, slide the iMessage toggle to the “off” position—it’ll switch from green to white—and you’ll stop getting iMessages on your iPad.

If you’re running iOS 8.1 or later on your iPad and iPhone, you can answer calls on your iPad. If you don’t want to talk on your iPad, tap FaceTime in the left-hand column in the Settings app, then slide the toggle for iPhone Cellular Calls to the “off” position. The next time someone calls you on your phone, your iPad will stay silent.