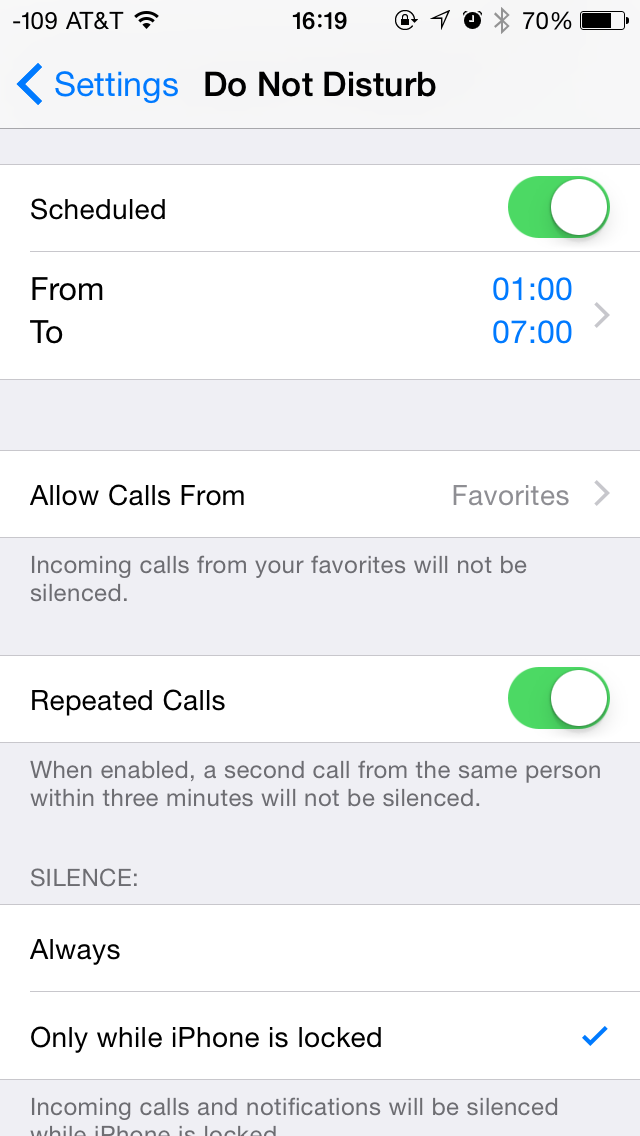 Do Not Disturb (DND) is useful for giving yourself some peace from over-active texters, late-night work emailers, and wrong-number dialers that wake you in the middle of the night. However, you might not remember to turn on DND every night, so you can set up a schedule so it starts automatically.

Don’t forget to set your allowed callers so you don’t miss calls from those who you want to hear from: By default, it alooks calls from those on your Favorites list to get through. Also, by default, people can get around Do No Disturb by calling you twice, but you can disable this by toggling it off in the Do Not Disturb menu.