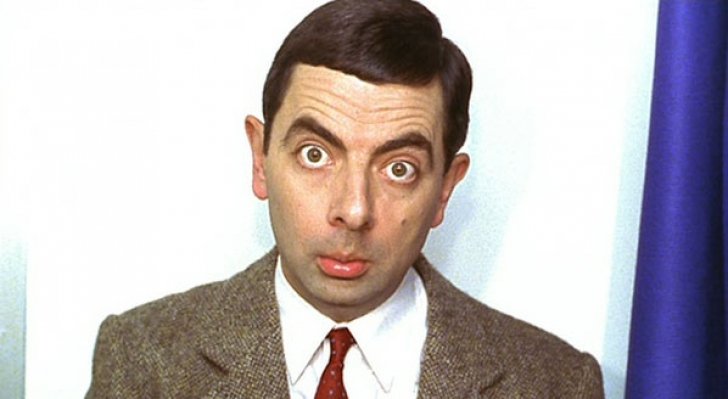 For years, we were told iOS was “stale” and “boring” when compared to the futuristic and convoluted feature-rich Android interface. Green felt was bad and “flat” was the future.

Well, we got a “flat” user interface in iOS 7, with translucent menus, better typography, and a much crisper, cleaner look. Just after Apple unveiled its new OS (to thunderous applause), a gaggle of professional and pseudo-designers let loose with their opinions of iOS 7’s distinctly different visual style. Om Malik collected many and the responses were about what one would expect: It’s exactly the change Apple needed to make, except not. Or, to paraphrase Woody Allen’s character in Annie Hall, “The food was terrible and the portions were too small.”

A popular podcaster and writer once claimed “nothing is so perfect it cannot be complained about” and in saying that, did readers and listeners a disservice. He instilled in them a belief that all opinions are valuable, but the Internet has proven that is simply untrue. Additionally, the feeling that something must be complained about in order to be understood is a terrible way to live. There is no happiness in nitpicking something to the point where it’s no longer enjoyable. When nothing is “good enough”, nothing is good.

Enjoyment then becomes a process of looking for flaws and explaining them to anyone who will listen because you’re the expert. You know the good from the bad. Aesthetic is no longer subjective based on the taste of the user, but a scientific fact that you, the designer, are correct and all others are wrong. It is undeserved and unfounded arrogance within an industry that changes as often as the seasons.

“This isn’t Apple at its best,” you say. To which I reply, “This isn’t you at your best.” You’re supposed to be well-reasoned thinkers and creators, but you heckle from the stands and for what? To prove your dominance in your field? To show Apple and its supporters how much smarter you are? Out of the hundreds of disparaging remarks I read on Twitter and blogs from so-called designers, I read a handful that had anything positive to say about what Apple displayed. It worries me when gut reactions are instinctively negative, but this tweet from game designer and professor, Ian Bogost, seems to clarify that:

Within moments of installing an early beta of an operating system that will inevitably see numerous changes leading up to its final release, designers and wannabes felt it necessary to write lengthy screeds decrying how Apple has gone “too far in the other direction” and created an iOS that’s now “too confusing” without actually using it for any length of time.

For example, The Verge’s Josh Topolsky thought the new Control Center was “messy”:

The Control Center, a new option which can be summoned with a quick swipe up from the bottom of the screen, is actually a great idea but its design and organization of items is bizarre. It is an odd, jarring collection of functions. Toggles for oft-used controls, a brightness bar, a music player? AirDrop accessibility? A flashlight app? The clock? It feels like for lack of a better location Apple lumped all the other stuff into a single, messy space that floats above your onscreen content, making the already busy utility a visual strain. The idea is good, the execution is troubling.

Actually, if one takes a look at how the icons are organized, it makes a lot of sense. Functions that may need to be switched on and off throughout the day are on top, followed by the brightness slider, music player controls, then the “Air” functions, and finally a row of icons for apps you may need on occasion. I’m always zipping off to the Spotlight screen to search for “Calculator”, or opening a separate app to use the rear LED as a flashlight. Also, I’d prefer not having to dive into several settings screens to toggle Bluetooth and Wi-Fi anymore. It’s all arranged logically, but it is a stark change for Apple and nerds have proven far more averse to change than they’d like to believe themselves to be.

Why isn’t anyone discussing how the Control Center panel only extends to three-quarters the height of the screen for easier one-handed use? Or how, even with a multitude of functionality, it’s better designed than what Samsung provides on the Galaxy S4? We clamored for more control, but more control always comes with more complexity and from the looks of it, Apple’s doing its best in balancing both.

“They’re ugly.”
“They’re too flat,” (whatever that means).
“Here’s a link to a mockup I did on Dribbble with the icons the way they should be.”

Sidebar: You don’t ever get to complain about iOS concept videos again if you took it upon yourself to redesign the new iOS icons and post them online.

If one were to base iOS’s success on the temperature of Twitter following the keynote, one could assume it’d be a flop because “OMG COLORS.” Good thing designers don’t constitute the majority of iOS users. I think the most users are going to love the new look. It’s fun and friendly and it feels lighter without the cruft of previous generations bogging it down, icons be damned.

But I get it. Change is hard. You’re used to strained peaches and then suddenly Apple tosses solid food on a plate and you’re wondering why there’s a strange pain emanating from your gums.

Icons change. UIs mature. This is a brand new paradigm for Apple and we’re still in the early stages, which renders “first impressions” blog posts useless regardless of who they’re coming from. First impressions matter when meeting your daughter’s boyfriend, not so much with pre-release software.

I’m keeping my mind open. I’m not sold on everything yet, but I’m hopeful. This is change. The original iPhone was met with resistance. The iPad was greeted by dismissals and insults when it was first announced and now you can’t go anywhere without tripping over one.

The same thing will happen with iOS 7. We’ll install it, we’ll get used to it, then we’ll wonder how we ever lived without it.