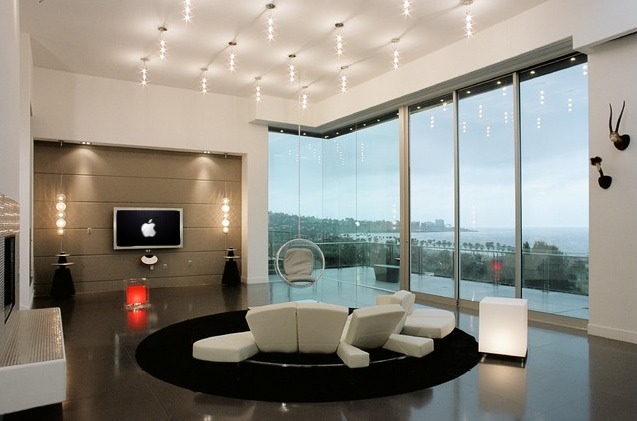 At last night’s D11 talk with Kara Swisher and Walt Mossberg, Tim Cook was asked about Apple’s plans for the future of television (surprise). Cook began discussing the $99 Apple TV, of which, “We’ve now sold over 13 million.” Cook also said the Apple TV has been good “from a learning point of view for Apple.” Essentially, customers love it because it’s cheap and does just enough without sacrificing usability for a feature checklist.

Let’s contrast that with Microsoft’s most recent announcement: the Xbox One. From a “checklist” perspective, the Xbox One ticks nearly all the boxes pundits have been demanding Apple tick for years:

The only thing it doesn’t do is turn one’s television into a 40-inch tablet. Viewers will also be able to “snap” apps next to playing content, so they can watch Arrested Development while reading tweets about watching Arrested Development. This truly is the future.

But is it the future we asked for? We all dream of cutting the cord, but very few us are either able or willing to find the scissors. According to a recent New York Times article:

4.7 million Americans sounds like a lot, but less than 5 percent of the U.S. population does not. Most Americans just aren’t hopping on the digital bandwagon and I’m certain it’s for one reason: content.

Netflix is a fantastic service. For $8 a month, thousands of television shows and movies are available to stream anytime and from virtually anywhere. It’s built into the Apple TV, Xbox (360 and One), PS3 (and presumably 4), and there are apps for almost every mobile platform. When people discuss cutting the cord, Netflix is one of the two alternatives to cable they mention. The other is Hulu Plus, another web content service that streams TV shows and movies to practically every device on the planet for a nominal fee.

And there are so many like Hulu Plus from other companies: YouTube Movies, Amazon Prime Instant Video, Vudu. They’re all designed to make it easier for us to cancel our cable subscriptions and some do get close, but they all fail.

Why is Netflix a poor substitute for live cable? There are several reasons, including a library lacking many worthwhile titles and new releases, a delay between when episodes first air on television and when they’re made available for streaming, and a constantly changing (and dwindling) content selection.

In February 2012, Netflix’s contract with Starz ended, resulting in a loss of 1,000 movies from both its DVD lending service and streaming service. Then, at the beginning of this month, 1,800 titles disappeared due to Warner Bros., MGM, and Universal revoking their licenses. See, they’ve got their own streaming service called Warner Archive Instant.

Netflix CEO Reed Hastings said that he was considering letting a broad television deal with Viacom Networks lapse. That would mean that shows from Nickelodeon, MTV, VH1 and BET could all disappear from the service at the end of May.

What’s the point of spending $8 a month if everything worth watching is going to disappear anyway?

Hulu Plus is better in the television department, as it’s more likely new episodes will appear the day after they first air on regular TV. However, its movie selection is sorely lacking. I won’t even entertain the complaints about advertising because you’d still be watching commercials on regular cable. You’re getting on demand video and new episodes of your favorite shows with almost no waiting period for $7.99 per month. Get over it.

Amazon Instant Video offers a wider selection of TV and movies than Netflix, but doesn’t stream new shows until the seasons are over and available on DVD. It’s bundled in with Amazon Prime for $90 a year, or about $7.50 per month, so users also gain access to free 2-day shipping on Amazon.com. That’s a nice touch.

So, to recap: The three main options available to cut the cord either offer little to no content, or don’t get the latest episodes of my favorite shows until well after they’re on DVD. Yes, I know this sounds like the “entitlement” nonsense I deride so often, but when you spend much of your time on App.net and Twitter, you tend to see spoilers well before you get a chance to watch the shows they’re spoiling.

I forgot to mention one last glaring drawback to all of these streaming services – no premium channels. No HBO, no Starz, no late night Cinemax other movie channels. This also means no Dexter, nor the hugely successful Derivative and Vaguely Medieval Fantasy Epic with Gratuitous Sex and Too Many Characters…of Thrones.

So, my only option then becomes a cable subscription and its $160 per month price tag (which also includes my Internet service). And I’ve begrudgingly paid for it for as long as I’ve lived on my own. I won’t pirate. I didn’t care that I had to wait for PBS to air season two of the BBC’s Sherlock a whole year after it aired in the UK – I wasn’t going to take what didn’t belong to me.

This is the problem on which I’m hoping Tim Cook is focusing his efforts. Apple already has the hardware to compete with Microsoft and Sony in its $99 hockey puck. It doesn’t do gaming (yet), but the hardcore gaming market is growing smaller every year. It’s becoming a niche industry and even Microsoft hinted as much when it announced its new console. The Xbox One is meant to be an all-in-one entertainment device that plays video games, not a gaming console that lets you stream Netflix.

However, the Xbox One only becomes truly useful once it has a cable subscription pumped through it. It needs that live content because, as I mentioned before, you can’t find it anywhere else. The Apple TV is useful for many reasons, but the iTunes model of paying $1.99 per episode or $40 per season is too expensive for most American households and much of its content is unavailable overseas.

Therefore, it is unnecessary for Apple to build a television with Siri integration or gesture recognition or a touchscreen. These are fighting the symptoms of a purely pathological disease only a handful of people actually have: pundit boredom. The Xbox One looks like a nice piece of kit, but is it really moving the future of television forward? It’s giving customers more control over how they interact with their television, but is it giving them control over their content?

The Apple TV was a good learning experience, Cook said. It gave Apple a foot into 13 million homes. Now it’s time to cross the threshold and show people what they’ve been missing. If any company has the resources and chutzpah to pull it off, it’s Apple.

Whether it’s $14.99 a month, $19.99 a month, or even $49.99 a month, if Apple can offer unlimited streaming of its entire content library, including new episodes of popular television shows, it will control the living room. And if it can work out a deal with HBO (which could happen), all the better.

Microsoft and Sony still haven’t learned that expensive toys are useless if there’s nothing to watch on them. Apple knows better. Let’s hope it does something about it.