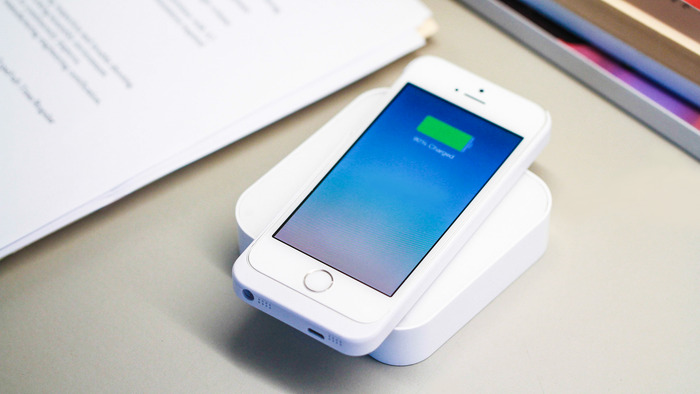 A lot of people want to see you a charging station for your iPhone. Most of them, including the battery pack group, require you to either plug into the wall or directly into a battery pack. The ARK, a project on Kickstarter looking for funding currently, is hoping to let users charge their phones through induction methods, but without wires and on the go.

Think battery pack, plus induction charger in a nice little Apple TV form factor because that’s exactly what the ARK is going for in their campaign. The charge can fully charge your iPhone 3 times on one full charge.

While the campaign has already met its goals on Kickstarter, you can still donate to the project and get an ARK early if you donate more than $55.00 to the project.