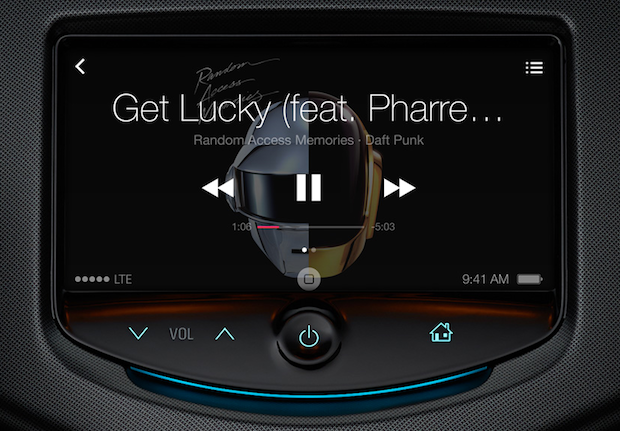 One of the features that didn’t get talked about much at the jam-packed WWDC keynote in June was “iOS in the Car.” The feature allows iOS devices to connect to a dashboard in a car and display variations of certain built-in apps, such as Music or Maps.

How will you connect your iOS device to make this all work?

Besides the obvious USB sync cable, another way could be by using AirPlay over Wi-Fi, according to 9to5Mac. Apparently the AirPlay option can be turned on in the Accessory Developer options in iOS 7.

Being able to connect over Wi-Fi makes using an iPhone much easier in a car. Presumably, an iOS device will connect once you start the car as long as they are paired together over Wi-Fi (kinda like bluetooth devices), or using the normal AirPlay functionality that are already available for the Apple TV.

Apple is launching iOS in the Car in 2014 with select automakers, including Honda, Chevrolet, and Acura.