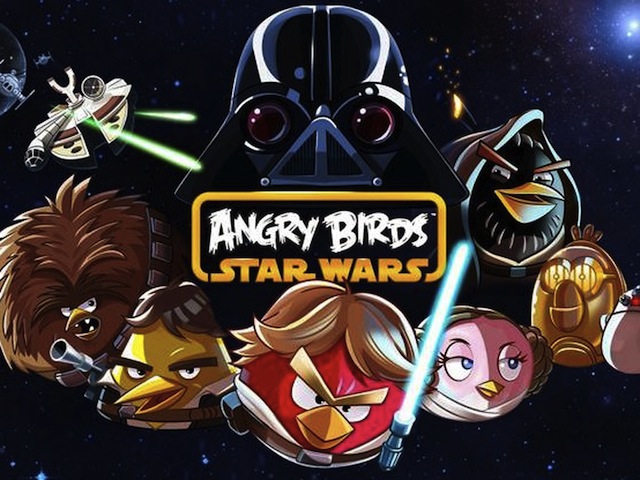 Even as more and more educational games and apps for children are becoming available for smartphones and tablets, (surprise!) kids are still more interested in playing games that are actually more fun than educational. Big freaking surprise, right? Anywho, according to a study by Kytephone, which offers tools that turn Android phones into kid-safe devices with parental-control, Rovio games are among the most addictive games for kids. It’s pretty much like kiddie crack.

The study found that Angry Birds Star Wars is the most played game since its release, and a number of other Rovio games are at the top of the list in terms of time spent playing.

The results come from a sample size of 13,000 kids between the ages of 8 to 14, located in more than 70 countries. Kytephone co-founder, Anooj Shah, says they didn’t find any major differences in app usage between regions and that “Everyone seems to love Rovio games, regardless of where they live.” The company looked at the data during the holidays and then again in the new year to see if the results had changed.

In terms of time spent playing, here are the most popular games:

At the start of January, usage changed a little bit. Kytephone saw an increase in Bad Piggies. Now the top three games are: Star Wars, Bad Piggies, and the original Angry Birds. Star Wars has an install base that’s 60% bigger than Bad Piggies, and during the holidays it increased that base by 50% while Star Wars increased by 60%.

Since Kytephone is currently an Android-only service, these study results aren’t representative of an overall mobile trend in children’s gaming, so it misses out on games from the iOS platform. But, we’re pretty sure the results wouldn’t be skewed differently. One small antithesis to this whole thing is that there are WAY more games available on iOS, and a bigger selection for kids.