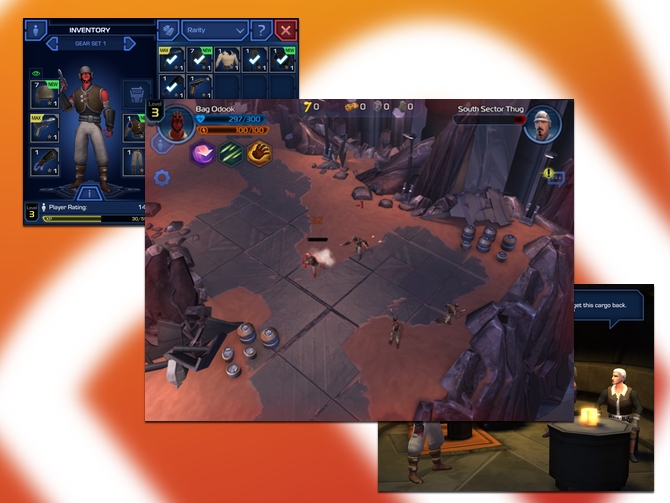 In the run up to the new Star Wars movie, there has been a multitude of new merch. It wasn’t going to take long for the video game tie ins, and the first one on the App Store is Star Wars: Uprising. It’s an action RPG that puts you in the role of a smuggler. After ditching a load to save yourself, you’re in the debt of a kingpin, Happy. Along with your sister, you have to take jobs to pay your debts. Usually these are using your blaster on waves of generic enemies.

It’s part of the new cannon, which is obviously what is selling the game. On the other hand, there isn’t much to the story. Knights of the Old Republic this isn’t. It is a passable action RPG, but it’s a tad bit too generic. If this didn’t have the Star Wars brand on it, I don’t think that it would have warranted this much attention.

Buy It?: If you’re a die hard Star Wars fan, pick up Star Wars: Uprising. Get it on the App Store for free.