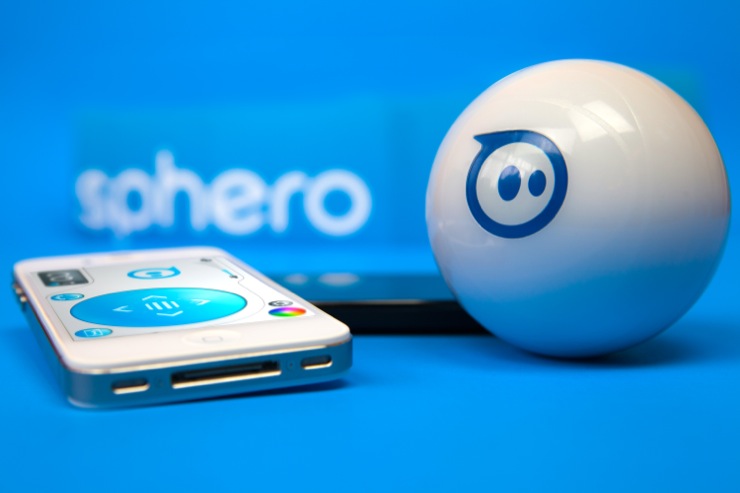 Last year, Orbotix unveiled the innovative iPhone/Android controlled robot ball. It was not only meant for children; it was meant for people of all ages. Anyone could have fun with it. The opaque ball, slightly larger than the average tennis ball, is made of a durable poly-carbonate shell. The Sphero itself is waterproof, and even has a feature for swimming. Underneath the poly-carbonate shell lives the robot, a motor built with a multi-axis gyro and an accelerometer.

The Lithium polymer battery is able to be recharged by an inductive, wireless charger. This is one of my favorite features of the Sphero. The ball is able to display over a million colors; you have control over them and their brightness. Connected to an iOS/Android device via Bluetooth, the Sphero has a range of 15 meters. The Sphero has a battery life of over 1 hour, which is muchbetter than most RC robots such as the  Parrot A.R Drone.

Orbotix refers to the Sphero as “he”, and I am sure you will understand what they mean when you play with “him.” Not only does the Sphero just roll around with a virtual joystick, it also has a large variety of games from the App Store. Currently there are 20 apps made exclusively for the Sphero, most of which are free.

Developers, you can have fun with this ball as well. How? orbBasic, an app for the Sphero, allows developers to fiddle around with the internals of the toy; you can program it! With Sphero Macrolab, another free app available via the App Store, you can customize commands for the Sphero as well! 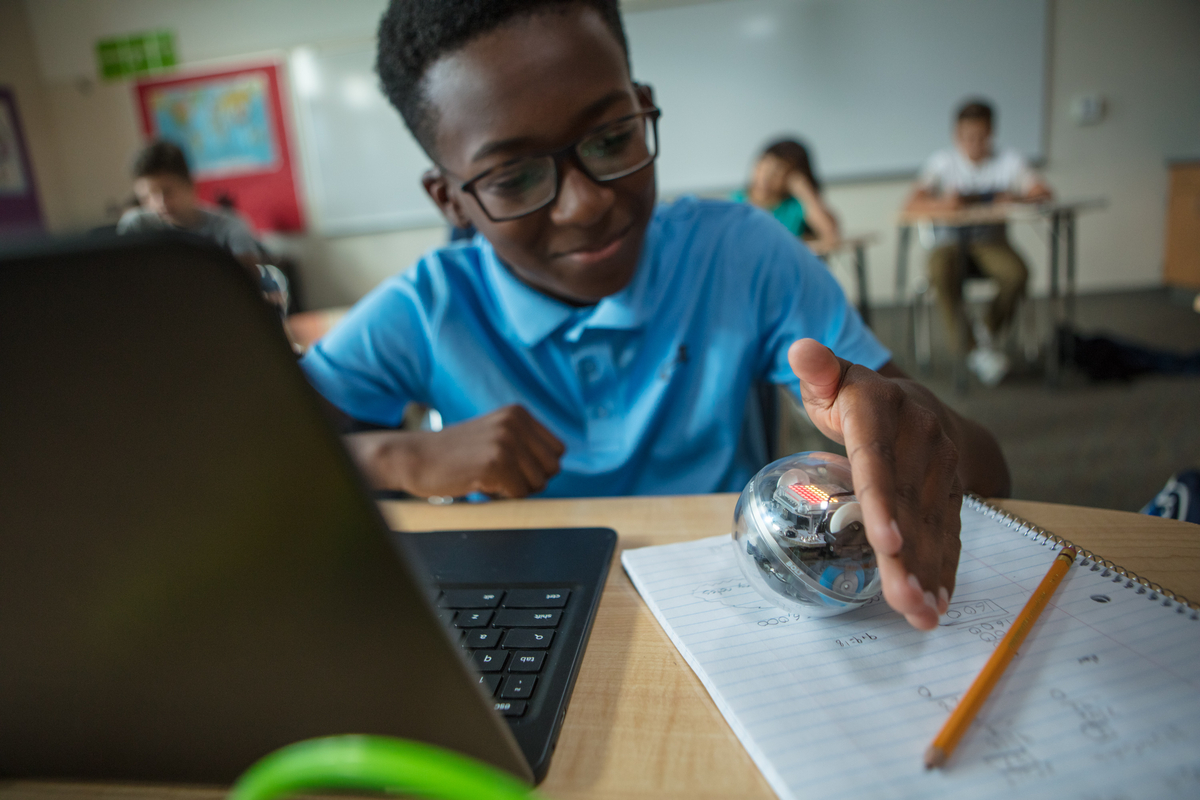 The Sphero is all about fun, from playing golf to playing arcade games to playing family games. There is a large variety of games made for the Sphero; one of my personal favorites is ColorGrab, a game perfect for a family. Color Grab is a fun family game for the Sphero. The objective of ColorGrab is to pick up the Sphero when it flashes the color on your turn. The difficulty can be set to Easy, Normal, and Difficult. 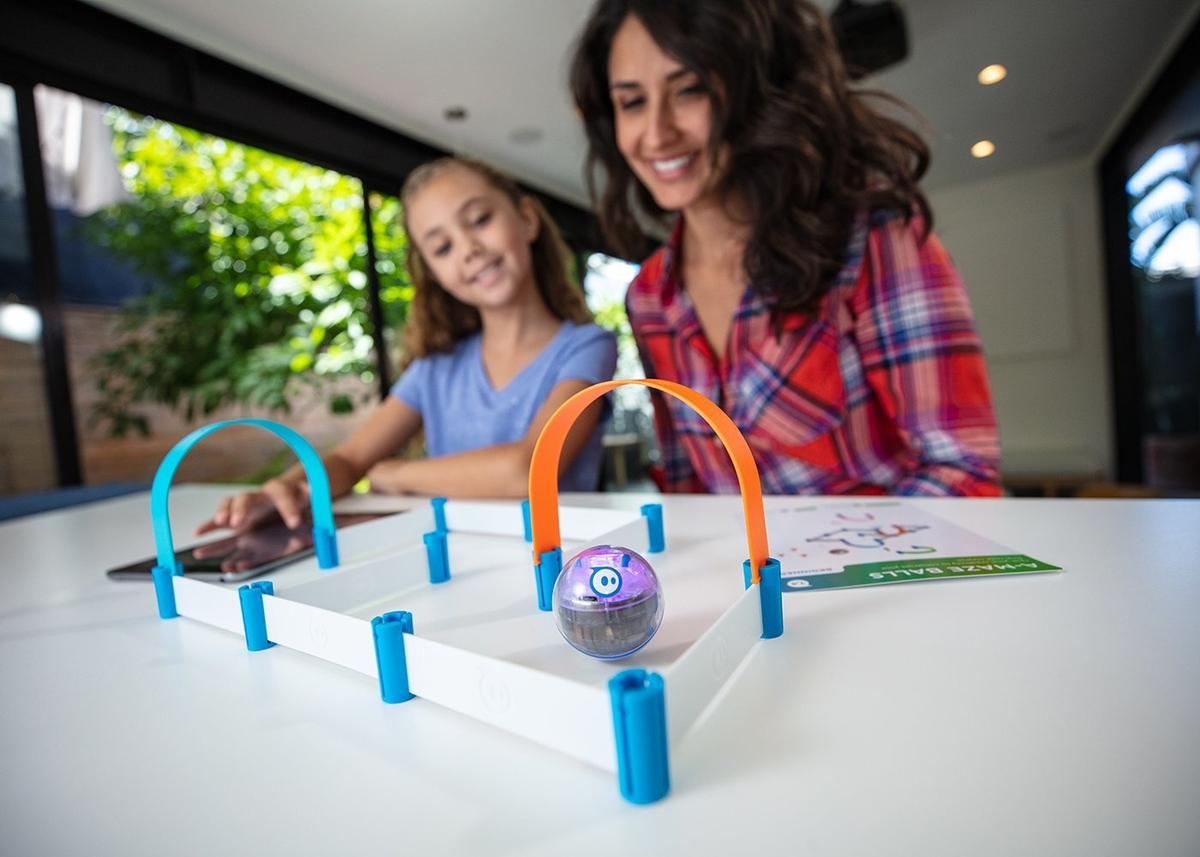 The Sphero is quite simple to use with on screen controls and tips. Calibrating the ball can be quite an annoyance. To calibrate the ball, you need to make the blue tail light face your direction by holding to fingers on the screen and rotating them until the light is aimed towards you. One annoyance that I still can’t get over is the sound the Sphero makes inside the shell, it is quite loud.

The Sphero is very easy to use and set up. It has tons of features for a robot ball, and there is many apps that you can download/purchase to make the experience more fun. The waterproof functionality is one of my favorites, because I can wash the Sphero if it ever falls in mud and such. The inductive charging is very convenient, and the bright lights make the Sphero beautiful at night.

The Sphero is fun to use, but for me, I really got bored of just rolling it around after an hour or two. The colorgrab adds to the fun factor, but only when you have someone around to play with. I mainly use the Sphero as a show-off toy to little kids. I make babies chase it, and let my dog fetch it. The short battery life is a bummer, you can only use it for up to one hour. The worst of all is the hefty price tag on the Sphero. This thing will set you back $99.00.