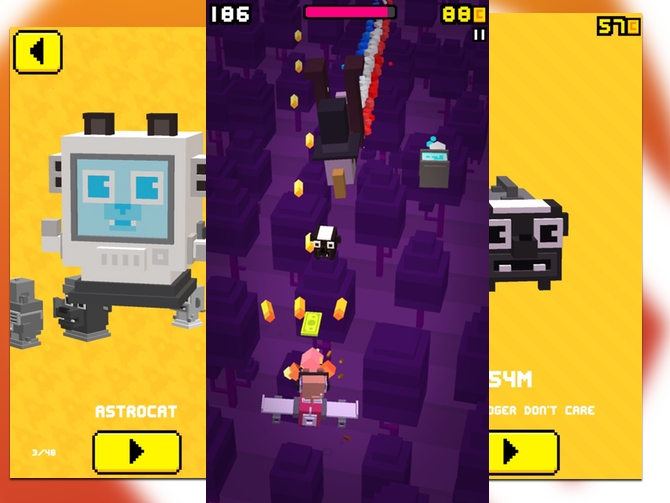 I almost skipped over Shooty Skies on the App Store, because I thought it was a knock off of Crossy Road. Then, I heard on this week’s Virtual that the game was made by a few developers from Hipster Whale. I’m glad I downloaded this game because I’ve been playing it obsessively.

You play a cat in an airplane. You hold down your finger to shoot and move, the shots going at a stead pace. If you lift your finger, you charge your special weapon. This is a freemium game, you can pay to unlock different characters. You use in game currency to unlock them at random, or get more powerful special weapons for hours at at time. In game currency is used to continue as well, though you can just default to watching an ad.

The game is another fun tribute to classic arcade games. The bosses have some great character design, like the giant hipster head that spits lattes and vinyl records at you. Even the regular enemies are memorable, like arcade cabinets and boom boxes. This might have a bit more of a difficulty curve than Crossy Road, but I think it will get a thumbs up from shooter fans.

What Sucks?: Difficulty might be a bit much for casual players.

Buy It?: If you like arcade shooters, check out Shooty Skies.* Get it on the App Store for free.