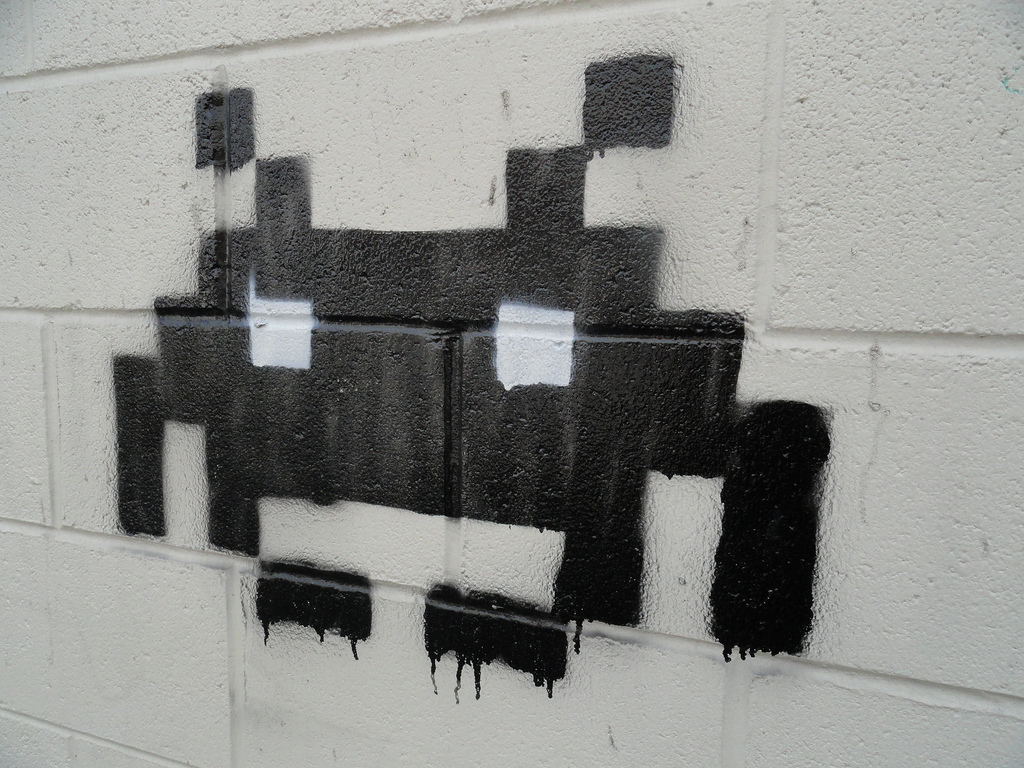 This week we have some interesting games for you. If you’re looking for some infectious trivia, we have an iPhone game for you. We have a classic game for the Mac that reminds you how difficult RPG’s were in the Apple II era. We have a game that reminds you where your childhood allowance at the arcade went. Then we have a robot hunting action RPG if you’re looking for something more modern. Finally, we have an interesting twist on Wind Waker for iOS.

There was a bit of gaming news this week. The biggest of which was the debut of the first iPhone game controller from Logitech. Though some gamers will welcome this, it does seem a shame to rely on controllers just as developers begin to experiment with new touch implementations. The new Xbox brought a new version of Microsoft’s Smartglass app. An Assassin’s Creed 4: Black Flag tie in for iOS, Pirates will be released next week. Finally, there was some IAP controversy this week when the Angry Birds cart racing game had a $100 item. Trivia may not be for everyone, but those who love Trivia, love it completely. There are some trivia games on iOS, but nothing as quickly accessible as Quiz Up. It is a social game, using your Facebook and Twitter lists to draw opponents you know. (If you prefer your social networking gaming free, you can just use an account with Quiz Up and play random opponents.) Unlike most trivia games, there is a huge array of topics. You can choose to do your seven questions about things as general as Poetry or as specific as Xbox Games. If you see something that needs its own quiz, you can submit your own questions.

The gameplay is simple. You and a friend face off, the game can run either simultaneously or asynchronously. There are seven questions each round. You’re given your question and four possible answers. (Occasionally you get a picture with your questions.) You can always have a rematch, though not if you want to switch topics. New topics count as new matches. Each topic has its own leveling system as well, tracking your progress and correct answers. Sometimes the rematches error out randomly, though usually on the first question.

What Sucks: Server errors crashing games is frustrating, system should fall back to asynchronous game.

Buy it?: If you’re looking for a fun quiz game with a lot of variety, and great multiplayer grab Quiz Up for free on the App Store. You can be forgiven if you don’t remember Wasteland, it came out during the era of the Apple II and Commodore 64. You should at least know the series it inspired, Fallout. Now that Fallout is safely ensconced in the arms of Bethesda, some of the original creators had ran a Kickstarter campaign to resurrect the Wasteland series with a sequel. As a part of that process they released an update of the original game for modern systems. Don’t expect anything but some updated character portraits and less pixelated text. The game still opens with an ASCII text menu. After either accepting some stock characters or creating your own, you head off to the wasteland in search of adventure.

This may be where modern gamers might run into problems with the original Wasteland. You can walk in any direction, but it isn’t going to be easy. Not to mention that the interface isn’t the most friendly if you’ve grown up with modern games. If you ever wonder where that smug sense of superiority PC gamers have over Consoles gamers, it’s because they cut their teeth on games like this. It does have the familiar skills and weapons of Fallout, but with a much different context. This has a lot more in common with Ultima or the original Bard’s Tale than Fallout in terms of gameplay, but it is an artifact of how brutal RPG’s used to be.

What’s Good: Great relic of a bygone era of gaming, with just enough polish to make it look a bit more modern.

What Sucks: Brutal difficulty will turn off a lot of players, not a lot of guidance as to what to do with this game.

Buy it?: Wasteland 1 is a must for retro fans, and gamers looking for a challenge. It is normally $5.99 on Steam, grab it here. Speaking of brutal difficulty from retro games, Neo Geo fighting games were even less forgiving than the AI in Mortal Kombat or Street Fighter II. Guaranteed to annihilate your quarters, these games were among the hardest in the arcades. King of Fighters brought together two franchises: Fatal Fury and Art of Fighting. There are a ton of games in the series, but this is the installment from 1997. This was the fourth game in the series. Like many fighting games, this supposedly has a story, but you have to beat the game to see it. The premise is pretty simple, you choose a team of three fighters and beat the crap out of everyone in your way.

The game controls with a virtual controller, which doesn’t do the game any favors. At least they added a special button to prevent you from having to do thumb-gymnastics on glass. The fighting genre in general doesn’t seem to be one that makes the trip to mobile. The controls just don’t seem to work as well as needed for the titles. Maybe they will eventually make a scheme that works more naturally with touch, but more likely fighting developers will be ardent supporters of the new controller APIs.

What’s Good: Nostalgic game with a lot of characters.

What Sucks: Game is still ridiculously difficult, and the controls don’t make it any easier.

Buy it?: If you were a huge fan of this game back in the 90’s and you’re willing to put up with shoddy controls, grab King of Fighters 97 for $3.99 on the App Store.

Meltdown may not be retro, but it is a hardcore game. You start the game on a platform where the robots have malfunctioned killing every human they see. You play Zed, a soldier charged with clearing the platform. Each level of the platform is a mission, with new and more difficult opponents arriving as you progress through the game’s initial 30 missions. There is a mixture of boss fights, arena battles, and nothing waiting at the end of each level. This gives the game a bit of variety rather than grinding through boss fights.

The game defaults to a touch screen control scheme, which doesn’t work that well. Save yourself some frustration and switch to the virtual d-pad, these controls are much better. There are some freemium tinged IAP that give you more in-game gold, upgrades, and XP. Even halfway through the game, none of these seem necessary. There is a large variety of new weapons you can unlock and upgrade. There’s also a well developed skill tree. The game’s art style seems a bit cartoonish for such a hardcore action RPG, but all of the characters are well-developed. The game also contains online co-op, so you can play with both friends and in random matches.

Buy it?: If you’re looking for a good mixture of shooter and action-RPG, grab Metldown on the App Store for $1.99 The elephant in the room when playing Oceanhorn is The Legend of Zelda: Wind Waker. There is no doubt that Oceanhorn borrows pretty liberally from big N for this title, but that doesn’t make it a total rip off. The game doesn’t have the epic feel that Zelda does, and it doesn’t have the same fairy tale vibe. It depends on what you want from your Zelda games to decide if that is a good or a bad thing. If you’re just looking for a Zelda-ish game on your iPad, this will probably scratch the itch.

The game has its own story about a fallen kingdom plagued by sea monsters. Your father disappears and it’s up to you to collect the needed artifacts to vanquish the monsters and restore the old kingdom. This involves a lot of sailing island to island and exploring dungeons. They hit the exploration and expansion via gadgets of the Zelda series pretty well, though none of the dungeons feel complex. The game also features music by Final Fantasy composer, Nobuo Uematsu. It would be easy to write this off as a cheap clone, but there is some inspired design here. Think of this as an expansion and improvisation built on top of Wind Waker, it’s Miles Davis covering Straight No Chaser, the song sounds similar, but it’s something else entirely.

What’s Good: Great adventure with a lot of game to offer.

Buy it?: If you want full fledged adventure games on your iOS devices, grab Oceanhorn for $8.99 on the App Store.