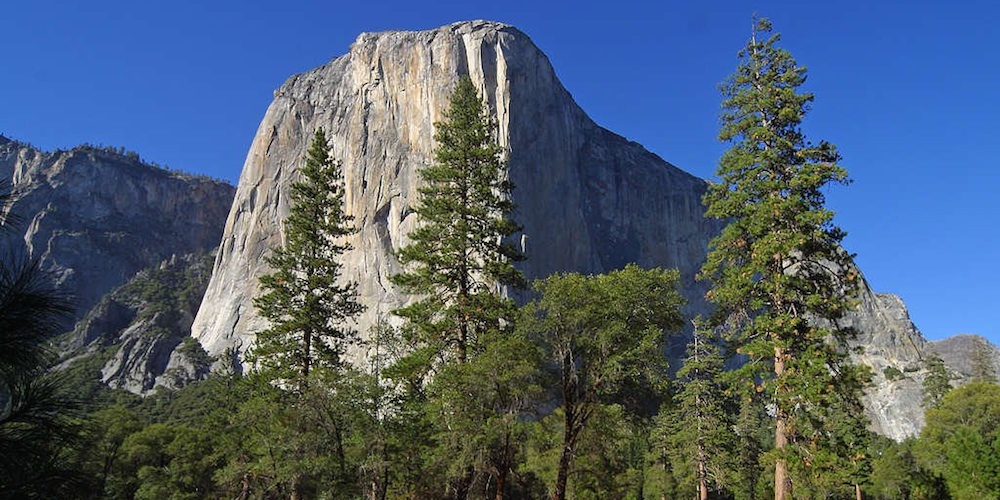 Tim Cook kicked off WWDC 2014 Monday, and wasted little time in getting Senior Vice President of Software Engineering Craig Federighi on stage to talk about the future of OS X.

After exploring a few jokey place-names for 10.10, including OS X Rancho Cucamonga, OS X Oxnard, and even OS X Weed (really—it’s an actual town in California), Federighi revealed, as expected, that the next version of OS X would in fact be OS X Yosemite.

Yosemite’s new look features completely redesigned icons and a revised user interface that sees glass-like translucency added to all windows. You will get the choice to choose between a default light chrome style or a new “Dark Mode,” which turns all the windows and toolbars into a semi-transparent black—something which will definitely be a little easier on the eyes for those late night coding sessions.

As a side note, Apple also ditched the mainstay Lucida Grande system font, going with a new default taking its place. (The new font appears to be a variant of Helvetica, but Apple doesn’t say one way or the other.)

On a whole Yosemite’s spacious look and feel have undoubtedly been driven by the same basic design principles that led last year’s iOS 7.

Notification Centre in Yosemite will get a significant overhaul, gaining the ‘Today’ view that will look  familiar to iOS 7 users. Weather, stocks and calendar appointments will now all be accessible within Notification Centre, along with a range of third-party widgets, such as ESPN’s ScoreCentre — allowing for quick access to more ‘at-a-glance’ information.

This beefing-up of Notification Centre suggests that the long-neglected Dashboard may finally be on its way out.

The search tool now looks more akin to search utilities like Alfred or Quicksilver, sporting a big clean search interface that pops up in the center of your screen.

Spotlight will be decidedly smarter in Yosemite, by not only searching your local machine, but also acting as a search bar for a range of Web services. The revamped search tool will try to reduce your reliance on Google by serving up results from Wikipedia, Yelp, iTunes, and more, all from the desktop. For example, within Yosemite you’ll be able to use Spotlight to find local restaurants just by typing in “sushi.” Handy.

There isn’t too much we can report here yet, but Yosemite’s OS X Calendar app will look a lot more like its iOS counterpart, along with an improved Day View. Apple’s iCloud will see much tighter system-level integration in Yosemite, by way of new Dropbox-like features. iCloud Drive, for example, will handily allow you to access and sync files from across your iPhone, iPad, Mac and Windows devices, all within your Finder window.

A big plus for those who regularly send big attachments, Mail’s handy new “Mail Drop” technology will let you share files up to 5GB in size through email messages, even if the recipients mailbox doesn’t have enough room.

Markup is another new feature that allows you to edit, comment on, caption, and annotate images and PDFs, all without leaving the mail client. Much like to Realmac’s Ember, you can draw notes and shapes that render out neatly on attachments. Markup is a neat and quick way to get your message across with minimal effort.

Similar to how Chrome’s Incognito Mode works, Safari will now start a Private browsing session in a separate window, without disturbing the rest of your browsing session (like logging you out of Facebook and Gmail—grr).

For those of you who have problems keeping the active number of tabs have open down (guilty), the new Safari will improve tab management by letting you scroll left to right across all active tabs to easily find the one you want. In addition, a new ‘birds-eye’ top-down tab view will give you a visual overview of all your browsing activity.

The Mac’s default messaging app has played nice with iOS devices for a few years now, but starting with Yosemite, the app will also be capable of messaging your “green-bubble friends.” Traditional SMS text messages will now show up on your Mac along side your blue iMessages, using your iPhone as a “bridge” of sorts between iMessage and SMS.

Beyond bridging the messaging gap, Yosemite’s Messages will go one step further and allow you to answer and make phone calls from your Mac. The updated app will relay any calls from your iPhone allowing you to pick up at your MacBook or iMac or what-have-you. Oh, and you can initiate calls on your Mac, too, as demonstrated onstage with a call to new Apple employee Dr. Dre. The calling feature uses your iPhone’s voice plan, so it isn’t placing calls over the Internet.

Outside of major software updates, Apple also introduced a range of nifty OS level changes, including the long-awaited ability to AirDrop files between iOS and Mac. Finally. A big plus in Yosemite is Handoff, a new “Continuty” feature that will reduce the friction between working between your Mac and your iOS devices. In a demo, Federighi showed how you could begin composing on an iPhone, then finish writing your note on your Mac without having to copy or paste anything or dig though email folders for the draft.

Developers can get their hands on a beta of OS X Yosemite today, June 2nd. We consumers will have to wait, thought: A public beta program will launch this summer , and it will give consumers a  chance to take the new OS for a spin. Apple expects to release the final version this fall as a free upgrade.