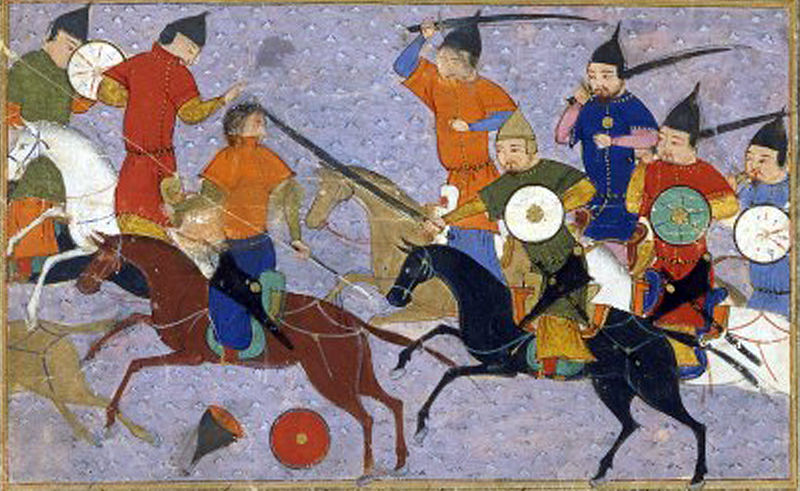 This might be strange to say on a Mac site, but does anybody miss the old Microsoft? Do you remember when the sheer mention of the Redmond, WA, giant would send Mac geeks into apoplectic rants, and Linux geeks refused to spell the company’s name without that $ in place of the s? Juvenile as it all was, Microsoft was an evil empire that you could properly fear. Maybe it was the DOJ, maybe it was Gates’ retirement, but something is missing at Microsoft. There was an evil genius quality that the company used to exude that this guy just can’t seem to match. Ballmer is all bluster, while Gates was silent until he was already twisting the knife.

You have to watch the staging in that video of Macworld in 1998. Bill is in full-on Big Brother mode. He is literally towering over one of the biggest egomaniacs in the computer industry and forcing him to graciously accept his new bankroller. Granted, it’s a simple exchange that allowed Gates to keep the feds off of Microsoft’s back and Steve Jobs to keep the company afloat until he could turn things around. In the Issacson biography, Jobs said that the whole thing made him look small and Apple look small. Though Gates said he was “embarrassed”, it was clear to everyone who had the power in the relationship.

Instead Ballmer mistakes moves like Scroogled! as the way to win customers back. Microsoft realizes that they have a significant investment in Facebook, right? Outlook is supposed to become a web brand to replace the aging Hotmail, which was such a concern for Bill Gates that he bought the company. The Surface and investment directly in Dell feel like the moves of a company worried about its place in the industry.

Anything that threatened the idea that the only relationship any company’s IT department needed was Microsoft was bought up and integrated or shut down. Microsoft didn’t name call, it shot your mother in the face and sold your house while you were at work. Bill Gates was the don, and he let everybody know. When Netscape caught Microsoft off-guard, they licensed IE from spy glass and didn’t pay them any royalties since they never actually sold any copies of the software. They also managed to push Netscape off a cliff with the free browser, as IE was integrated into the next version of Windows. That is how you smite a competitor and take over a smaller company. Now everyone in the industry has a hand in everyone else’s business and they all have to play nice. Google is paying for access to Apple’s search queries, Google maps on iOS distracted from the Apple maps issues, Amazon even made an App Store for Android, and it’s working to get toasters and refrigerators to have the Kindle app preinstalled.

Like our own Harry C. Marks said, Microsoft isn’t going anywhere. You could even cede the point that Apple is the new evil empire, but they’re just Imperial China, building walls to keep the barbarians back. Google is the USSR obsessed with peeking inside everyone’s business, and always ensuring everything’s fair. The villainous evil Microsoft was the Mongol empire: brutally efficient and the sort of villain you had to admire. Sadly, Scroogled proves that  the mongol Microsoft is long gone, replaced with a petulant salesman angry that you’re not buying his wares.