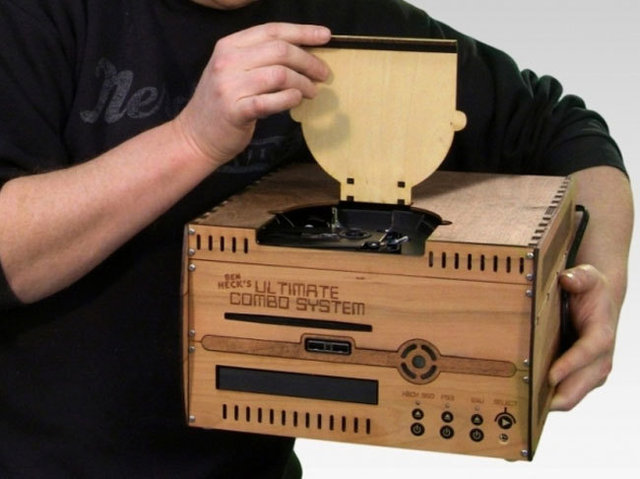 Internet modder Ben Heck, famous for some of his past console mod projects such as the Portable N64 and the Xbox 360 laptop, is currently hard at work on a new project that should clear up some space in your living room. Mr. Heckendorn’s new project has him taking all three of the current major consoles (the Xbox 360, PS3 and Wii U) and throwing them under one casing, creating what he calls the “ultimate combo system”.

The project is being shown off online in a three part video series, with the first video covering the dismantling and disassembly of the three consoles. In the second video, Heck will work on getting the wiring and cables all properly interconnected between the machines and the third video will follow Heck’s construction of the new casing for the systems.

These projects are typically done as one of a kind request items from customers, so don’t expect to be able to buy the finished model. You could, however, request that he create a version just for you, but just make sure you have several thousand dollars at the ready if you do. Heck also builds controllers and accessories for those with certain disabilities, such as a popular one-handed Xbox controller he created for an injured soldier returning from Iraq.