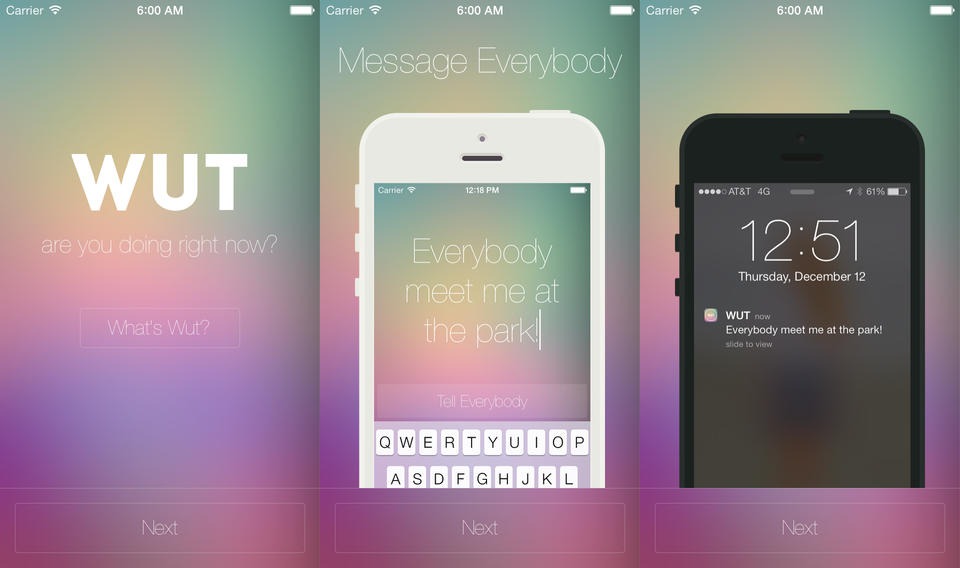 There are an endless number of apps and services you can use today to send messages out to friends. None of them, perhaps, are as intuitive as the recently released “WUT – Home screen chatter app” app for iOS.

WUT is an app that is built entirely around iOS’s push notification system. Imagine you want to tell a group of friends that you’re on your way to see a movie and that they are welcome to join you. One way of doing this would be to use a service like iMessage or Google Hangouts to send out a group message to everyone. WUT, provides an interesting alternatve, allowing you to silently send out a push notification to your friends’ phones informing them of your plans.

The next time your friends pull out their phones, they’ll see a push notification with your message, which could be something like, “Going to the theatre at 8 to see a movie, everyone’s welcome.” If they wanted, your friends could also send their own messages back in response, which would also appear on everyone’s lock screen.

It’s really just a simple and non-obtrusive form of messaging that can be used for things that don’t require much conversation or explanation. It seems similar to what I believe messaging systems of the future might be like.

If you think it could be useful, download it for free and try it out with your friends.