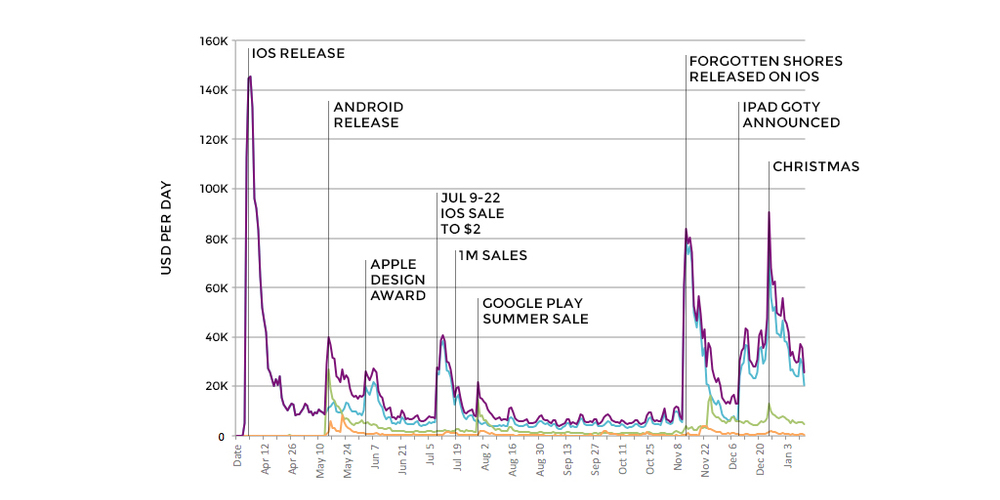 Charles Perry, on the Metakite blog:

“Every developer knows how tough it can be to make a living on the App Store. There’s a lot of money being made there, but it’s not spread very evenly. Those at the top of the charts make the lion’s share of revenue, while the vast majority are left to fight over the scraps. But exactly how lopsided is it?”

The results aren’t shocking (tldr: they’re lopsided), but nevertheless it’s nice to have details on an economy that’s been opaque for so long, even to developers themselves. Hopefully the information Marco Arment and the Monument Valley team have shared will spur other developers to be as candid with their sales info. Short of an about-face on Apple’s part, the more statistics we can gleam from developers about App Store economics the better our understanding of them and the better our ability, both as consumers or developers or both, to shape them.