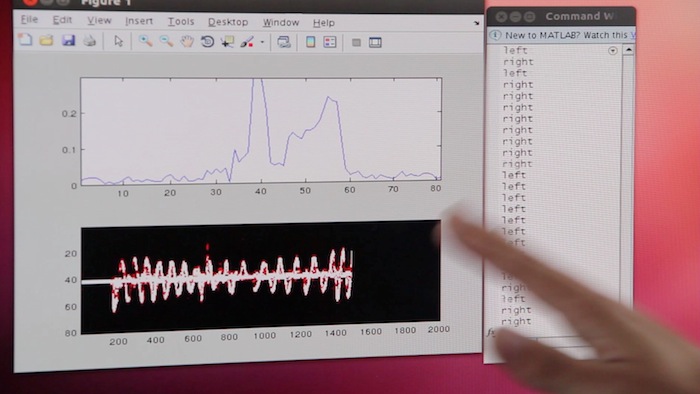 First you needed a Wii controller, then you needed a Kinect, now all you need, apparently, is a Wi-Fi base station to use gestures as a technology control mechanism throughout your entire home.

Computer scientists at the University of Washington have managed to build a gesture recognition system, called WiSee, using Wi-Fi signals that can detect movements and gestures anywhere that Wi-Fi signals are present from a network.

The UW researchers built a “smart” receiver device that essentially listens to all of the wireless transmissions coming from devices throughout a home, including smartphones, laptops and tablets. A standard Wi-Fi router could be adapted to function as a receiver.

When a person moves, there is a slight change in the frequency of the wireless signal. Moving a hand or foot causes the receiver to detect a pattern of changes known as the Doppler frequency shift.

Man, it looks like the future is knocking on the front door. WiSee doesn’t need line-of-sight, and works in any room in a house because Wi-Fi signals can be broadcast through walls and across multiple floors. Can you imagine hanging out in your Jacuzzi tub, wanting to change the music playing on your stereo across the house, and all you have to do is wave your hand in the air to switch tracks? Imagine doing all that without some creepy camera system staring at you, capturing your every move? That’s pretty amazing.

Via Oren Mazor, and Yan Sarazin