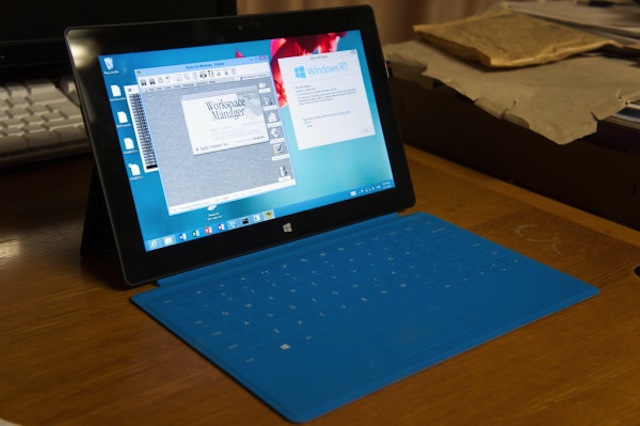 The Microsoft Surface with Windows RT has just been jailbroken by the folks at XDA Developers. The team has released an easy to use jailbreaking tool that seems to be pretty straightforward. While the application will need to be run every time your Surface RT boots up, it’s the only way to free your Surface from Microsoft’s grasp as of now. Once jailbroken, you can port desktop apps to run on your Surface. According to the forum topic, it’s technically possible to port Chrome, Firefox and other popular Windows desktop apps to Windows RT once jailbroken.

The fun doesn’t stop there. Shortly after the Surface RT’s jailbreak was released to the public, a photo was uploaded to Twitter of a Surface RT running an early build of Mac OS X Server, which was codenamed Apple “Rhapsody”. This photo and the hack were created by @stroughtonsmith on Twitter. He hasn’t released much information on the hack beyond this, but we’re hopeful that he releases a tutorial in the future.

The Microsoft Surface with Windows RT was released earlier this year. The device sports Windows RT, not Windows 8, making it a bit more limited than Intel-based Windows 8 tablets. However, this hack may help Windows RT fans build a thriving jailbreak community to bring more functionality to the device.