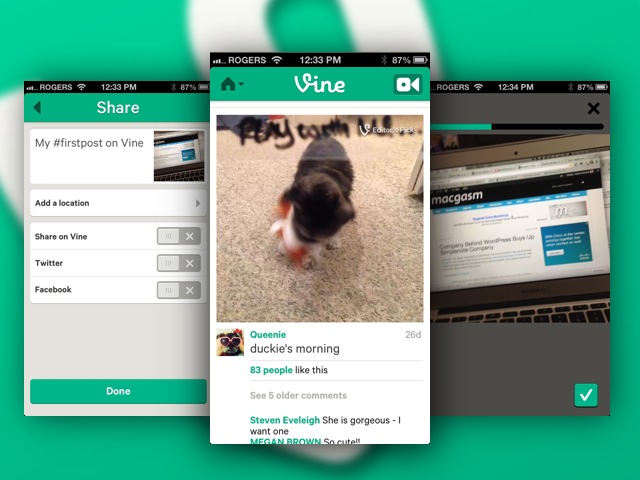 Considering the application has been around for less than four months, and has had its fair share of x-rated controversy, Vine has climbed the ‘free’ app listing charts on Apple’s iTunes store and now sits on top of the app-heap.

It seems like the team is pretty pumped about their short trek to the top too.

Hey guys, remember that time we made the No. 1 most popular app in the world? @ckb @dhof @bobby @vineapp twitter.com/rus/status/321…

For the uninitiated, Vine is a new-ish service from the folks at Twitter that lets users record short, six second video snippets to share on the web. It’s a lot of fun if you’re more creative than I am, and there’s a lot of pretty neat people doing fun things on it too. It’s worth checking out.