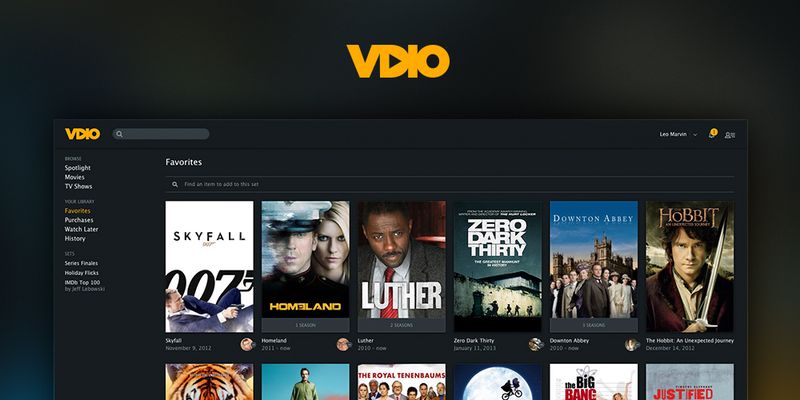 Music streaming site Rdio has stepped into the constantly crowded space of online movie streaming sites. The Vdio site officially launched today in the U.S. and U.K. after having been in a private beta for several months.

Unlike subscription sites like Netflix and Rdio, Vdio is a pay-per-view movie service. The service focuses primarily on new release movies that users pay a one time fee for before then having a limited time to view their purchase. While Vdio and Rdio are for the most part distinct entities, existing Rdio users that subscribe to the unlimited tier have been given a $25 dollar gift certificates to use on Vdio, while users who sign up in the next 60 days will also receive $25 credit.

While the site currently runs as a rental service, Vdio and Rdio CEO Drew Larner told TechCrunch that the plan is to have the service naturally progress to offer a subscription service as well. Larner says that at launch Vdio must first set itself apart from other services like Netflix and that the best way to do this is to offer popular brand new releases that Netflix is unable to offer: “In order to get Argo for example or Modern Family, those aren’t available in this window as part of a subscription service, but that’s what we wanted to start with.” Larner also says that the plan is to bring Vdio to all 22 regions that Rdio is offered in, with Canada next in line to get the service.

Vdio’s current list of partners includes Fox, Warner Brothers, Paramount, MGM, Sony, CBS, ABC and Disney. Larner says that the partners list is 90% of the way to including all the major players.

Rdio’s move to get into the movie business adds a significant competitive advantage over rival music streaming sites like Spotify and also provides interesting competition to top movie streaming sites like Netflix and Amazon. Perhaps Vdio will kill the Rdio star and even become the company’s top money maker.

For those looking to try it out, you can stream content on both the website and the official Vdio iPad app, which will be released later today. Unfortunately, you won’t be able to purchase content from within the iPad app itself, as Vdio would then be forced to go through the process of paying Apple a cut of its profits.