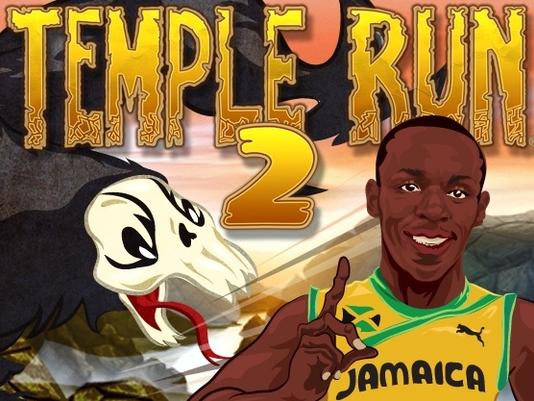 If you don’t trust that the default characters in Temple Run 2 have what it takes to successfully save you from the mad giant gorilla, perhaps the world’s fastest man can. Usain Bolt has now been officially added into Temple Run 2, so users can collect coins and ride mine carts with him just like any other character.

Bolt comes as an in-app purchase for $0.99 and is apparently available for a limited time only. The game’s developers Imangi Studios told All Things D that it was a “obvious and fitting partnership.”

Announcing the first guest star in Temple Run history – Usain Bolt! That’s right, you can now run as the fastest man on Earth to escape from your favorite Evil Demon Monkey! And you’re going to love your unique Bolt powerup!

You can buy Bolt for a limited time, but hurry, he goes fast!

Bolt says that he was allowed to take part in some of the design choices for his virtual character, and that he agreed for his likeness to be put in the game because of how many fans had tweeted at him in the past saying that he should be in Temple Run.

While I myself am pretty burnt out on Temple Run at this point, if I were to go back and play it now, of course I’d play as the world’s fastest man.