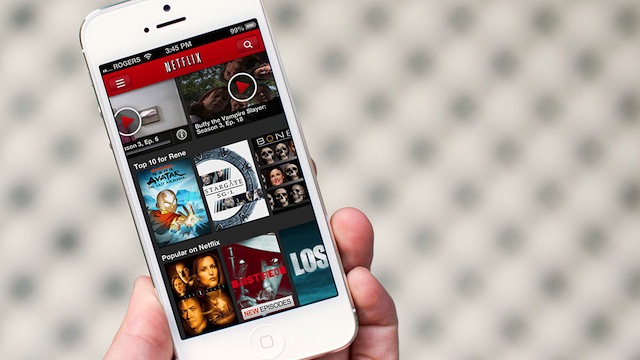 The lazy man’s version of Netflix just got lazier with version 4.1 of the iOS app. The update brings with it the ability to auto-play episodes of TV, movie recommendations, and enhanced second screen options.

I refer to the iOS version as the “lazy man’s Netflix,” as the only time I ever use it is when I’m too lazy to get out of bed to go to my full-sized TV, so instead I stay and watch it on my iPhone or iPad. With this new update, Netflix takes the “post-play” feature from its other apps and brings it to the iOS version. This update makes it so that when an episode of a TV show finishes, Netflix automatically begins to load up the next one in the season. Now I don’t even have to worry about tapping around the screen to watch the next episode, I can simply lay in my bed and wait for it to happen.

The update also brings with it movie recommendations, where after you watch a movie, the three top recommended movies for you pop-up so that you can easily begin watching one of them. While binge viewing is certainly a lot more popular for watching TV shows than movies, it’s still a nice way to find out what movie you should choose to eventually watch next.

Also included in the update are “enhanced second screen options.” Second screen is the ability to use your iPhone or iPad as a sort of remote for Netflix that lets you select a movie from your iOS device and have it then play from Netflix on your PS3. It’s unclear what exactly the added options are that are included with the update.