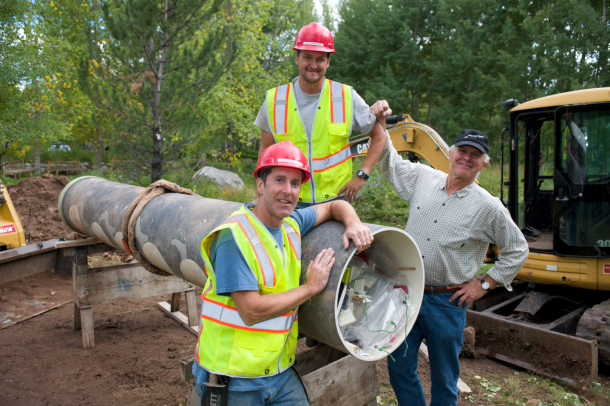 Back in 1983, organizers of the International Design Conference in Aspen, Colo. planned to collect items from various attendees to put into a time capsule that would then later be recovered in the year 2000. Everything went pretty well, until the year 2000 that is, when the organizers were unable to find the time capsule they buried. This thought to be lost time capsule has remained buried ever since, until now that is.

One of the capsule’s contributors was none other than Steve Jobs, who had been at the conference to show off Apple’s new Lisa computer. Jobs gave a speech at the conference regarding the future of tech, which he recorded and gave to anyone on a tape that was interested in it. Until last year, these tapes had been thought to have all been lost. Blogger Marcel Brown came across one, however, and he went on to blog about it as well as the story behind this thought to be lost time capsule. Brown told of his friend John Celuch who was at the conference and who was tasked with getting an item for the capsule from Steve Jobs.

After Steve Jobs’ speech, in which he used an Apple Lisa computer to control what Celuch recalls was a six projector setup, [Celuch] approached Jobs and asked for something that he could include in the time capsule,” Brown’s blog post read. “Jobs thought about it for a few seconds and then unplugged the mouse from the Lisa. Celuch recalls that he was amused by the manner in which he was handed the mouse, as Jobs held the mouse by its cord, almost as one would hold a real mouse by the tail. So into the time capsule the Lisa mouse went, where it was buried at the end of the conference.

The capsule wasn’t initially recovered in the year 2000 due to the large amount of re-landscaping that had occured at the site. Now, however, the capsule has been found by the National Geographic Channel show “Diggers”, which follows two metal detectorists hunting for “lost relics of history”.

The diggers have only just found the monstrous Aspen Time Tube, and have still yet to fully empty out its contents. The tube contains a number of items including photos, handwritten notes, a six-pack of beer, other objects, and of course, the Lisa mouse.

Perhaps we’ll get to see some other ancient tech goodies uncovered as well.