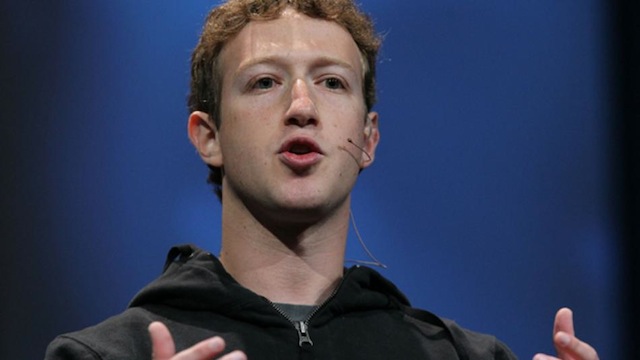 Last year Apple’s CEO Tim Cook was rated as the top employee-approved tech CEO, according to Glassdoor’s rankings, a job hunting and review site. This year, however, Cook was replaced with Facebook’s CEO Mark Zuckerberg.

When Cook was at the top, his employees gave him a 97% job approval rating, but this year he dropped below the Top 10 to No.18, earning a spot on the Top 50 Highest-Rated CEOs list with an employee rating of 93%. While it is a bit of a drop, it’s still an impressive rating, and it’s not much lower than his predecessor, Steve Jobs, who was rated with a 95% approval in Glassdoor’s 2011 survey.

Zuckerberg is now the No.1 CEO, both in tech and in business in general. He earned a 99% job approval rating from Facebook employees on Glassdoor. SAP’s co-CEOs, Bill McDermott and Jim Hagemann Snabe, also received a 99% rating from their employees.

Glassdoor’s top CEO list comes from the average approval ratings of each chief executive from anonymous employees between February 25, 2012, and February 24 of this year.

Robert Hohman, Glassdoor CEO and co-founder, explained in a statement that, “The CEO’s who are most successful in gaining employee approval are those who paint a clear vision of what the company is setting out to achieve and how it’s going to get there. To be recognized by your employees as a strong leader also comes as a result of having a solid company culture that helps employees foster the skills necessary to move business forward and meet the needs of customers.”