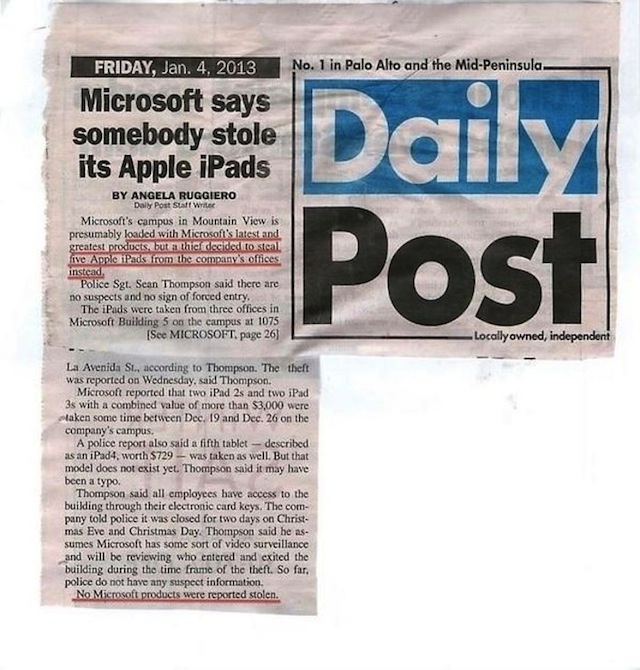 A Palo Alto newspaper just ran a story about a thief breaking into Microsoft’s Mountain View campus. The thief left the building with five iPads valued at roughly $3,000. Nope, the thief didn’t take a single Surface or Windows Phone. The person who broke in stole two iPad 2s, two iPad 3s and one iPad 4, which according to Police Sgt. Sean Thompson, doesn’t exist yet (it does).

By the way, Microsoft’s Mountain View campus is a research campus where new products are researched for security flaws, etc. This would lead us to believe that the place is stocked with Xbox, Windows Phone and Surface devices that are used for testing and building products. We don’t know for sure, but given the time and place there had to be plenty of Microsoft products kicking around.

Also, when did thieves get so damn choosy?