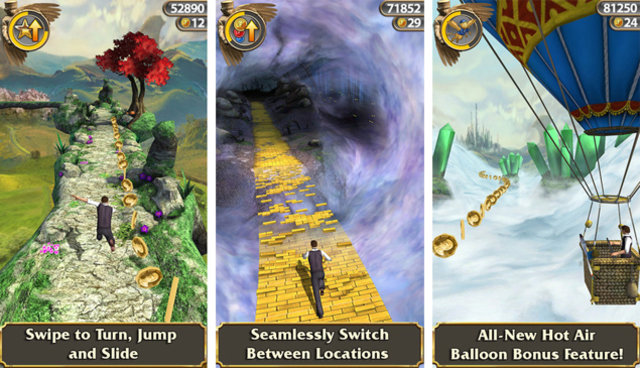 If you have the official Apple Store app downloaded on your iPhone or iPad, you might have noticed that Apple tends to use it to give away free content from time to time. Now the company has begun to offer free copies of Temple Run Oz, a Oz themed spinoff in the popular Temple Run series, to users who visit the app.

Apple started giving away free content on its Apple Store app this past August, with Temple Run Oz being the highest profile game to have been featured so far in the promotion. The game usually runs for $0.99, but Apple is letting you put that money towards your next morning coffee instead.

You have until November 15th to download the game for free, so don’t worry about downloading it today. I’d also recommend simply playing the traditional Temple Run 2, which is always free and doesn’t feature an arguably lame sponsored Oz theme.

Open up your Apple Store app on iOS and tap Apple’s “A game for you. On Us.” message.