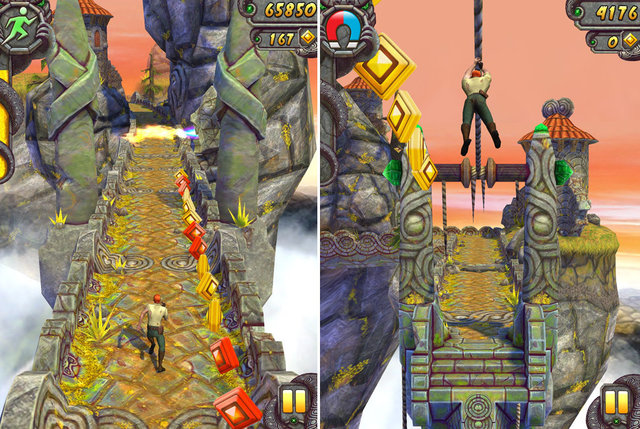 If you’re like me, chances are you’ve been spending much of the past two weeks running away from a giant gorilla and collecting multicolored gems. Or perhaps you’re one of the 50 million other people that have been doing that same thing on their phones and tablets in Temple Run 2.

The sequel to the original hit game has reached 50 million downloads across all its platforms in a mere 13 days. The previous game to hit those numbers was the original Angry Birds, which reached the same number of downloads in a much longer 35 days. What’s even more impressive is that the Android version of Temple Run 2 wasn’t even released until a whole week after the release of the iOS version. The game was already at 20 million downloads on iOS in its first week before Android users even got their hands on it.

If you have yet to download Temple Run 2 for iOS or Android, make sure you check it out if you’re looking to start hating mine carts and loving magnets.