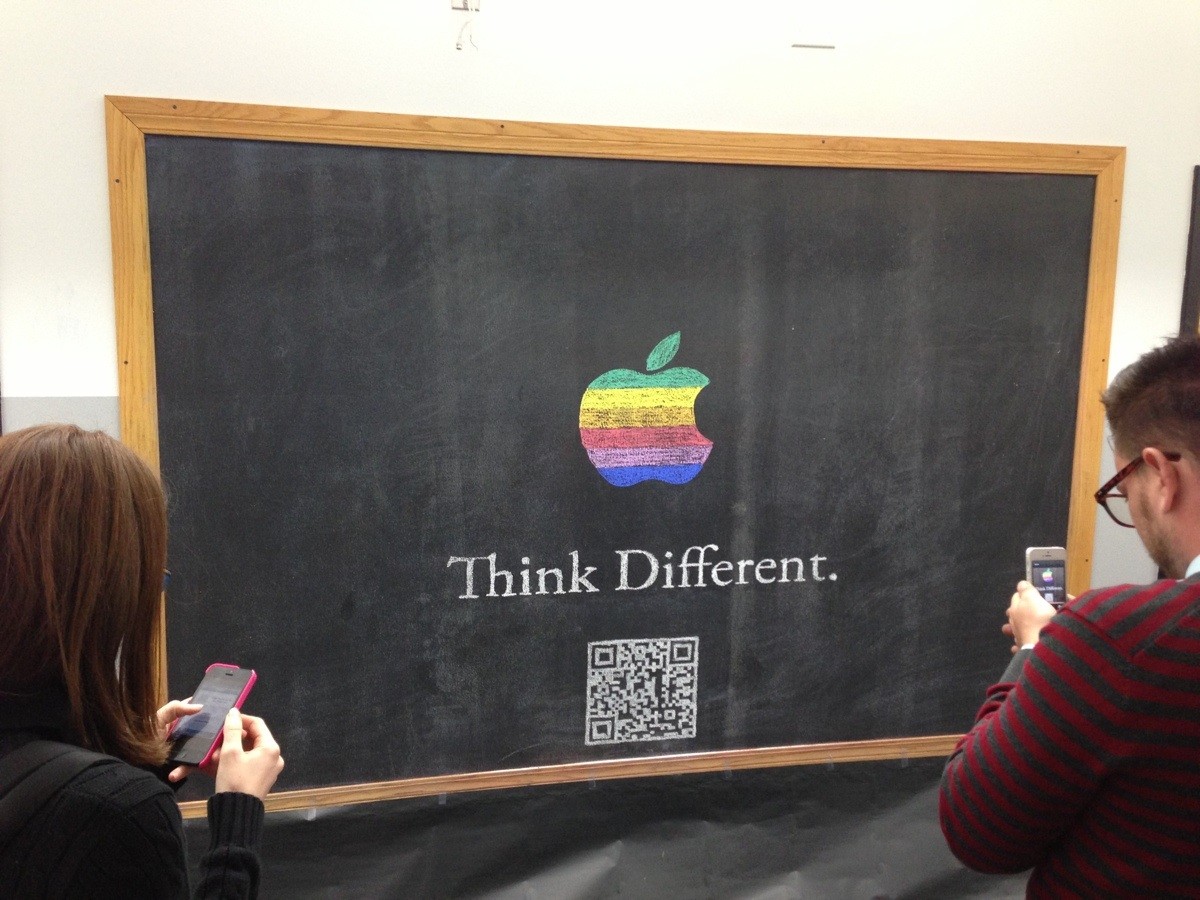 Think different. That’s the message Reddit user Kepgnar and his fellow workers from the tech department at the charter school where he works wanted to give their students.

Each month a different department from the school is tasked to put together a message to go on the school’s official announcement chalkboard. For this month’s drawing, Kepgnar decided to take a message from Apple’s early marketing campaigns.

The teachers first put together the image on a computer before projecting it onto the chalkboard so they could then trace over it. They even included a fully functional QR code that links any student that scans it to the original Think Different commercial, as narrated by Steve Jobs.

The end result is a great and thought provoking image that not only provides a good representation of Apple and technology, but also a good lesson for students to live by.