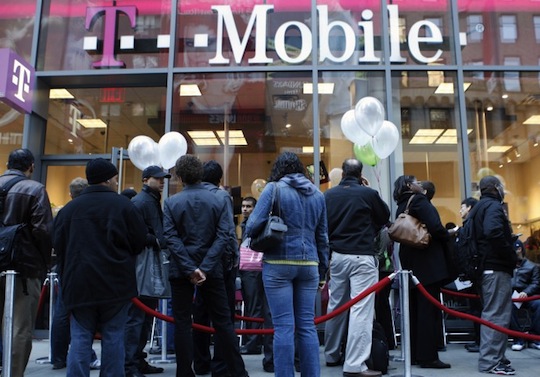 One of the worst parts of cellphone contracts is the amount of time customers are forced to wait until they can qualify for a phone upgrade. Considering how expensive most smarphones are off-contract, waiting out the 24 months or whatever it is usually ends up being the only option for most people. T-Mobile, however, reportedly wants to give customers a solution for this, with its new “Jump” plan.

T-Mobile is expected to reveal its new Jump plan, which lets customers upgrade their phone as much as they want, at a company event later today. The plan will reportedly allow customers to upgrade their device whenever they want for the same discounted price that new customers get. Rumors suggest that customers will have to pay an extra monthly fee to qualify for the option, as well as returning their previous phone whenever they go to upgrade.

The service would be a significantly different offering than anything T-Mobile’s competition offers, with the majority of carriers forcing customers to wait at least two years until being eligible for an upgrade.

We’ll report back with more concrete information after T-Mobile’s event.

Details of T-Mobile’s “Jump” (Just Upgrade My Phone) have now come out, revealing how exactly the service will work. Jump will cost users an extra $10 per month, and in return, customers will be eligible for as many as two upgrades per year, one every six months. The monthly fee will also protect against theft, loss and accidental damage.

When a customer wants to upgrade, they simply bring their old phone in to T-Mobile and exchange it for a new one. Exchanging the old phone cancels out any remaining amount the customer still owes for that device. T-Mobile has plans to resell these used devices back to customers at discounted rates.