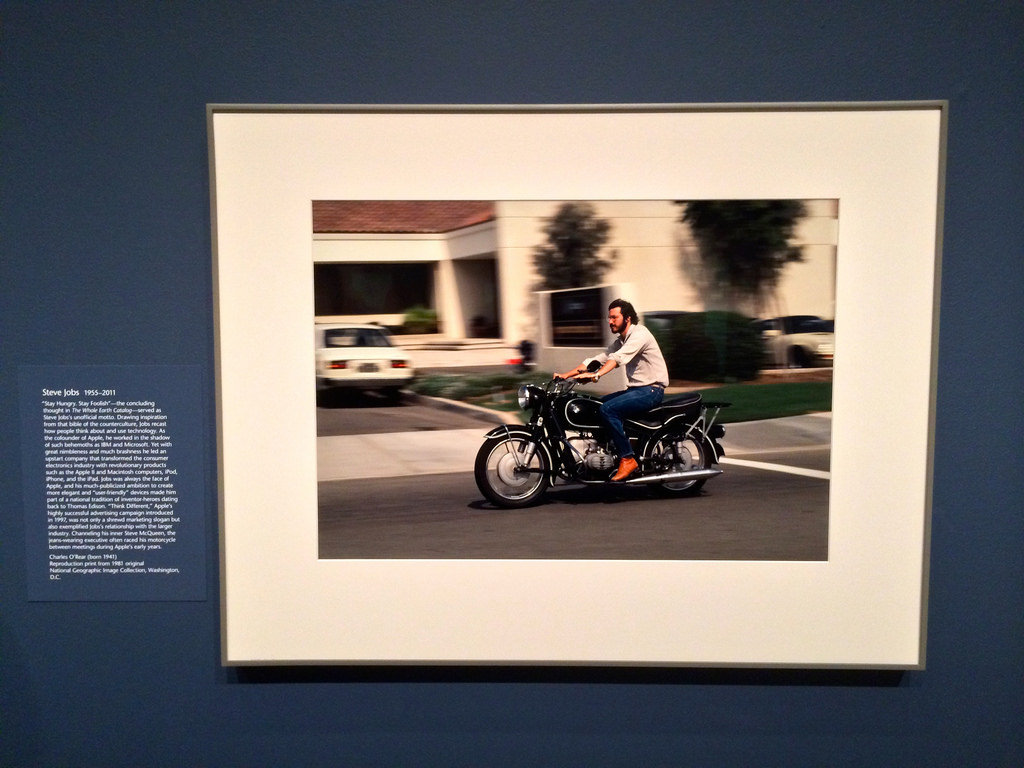 A portrait of Steve Jobs has made its way into the new “American Cool” exhibition at Washington’s National Portrait Gallery.

What do we mean when we say someone is cool? Cool carries a social charge of rebellious self-expression, charisma, edge and mystery.

With this in mind, the gallery has created a collection that features 100 different iconic and culturally important “cool” figures. Included in this group is Steve Jobs, who is seen in a portrait by photographer Charles O’Rear. In the photo, a young Jobs can be seen casually riding his motorcycle down a city street.

Steve Jobs 1955 – 2011
“Stay Hungry, Stay Foolish” — the concluding thought in The Whole Earth Catalog — served as Steve Job’s unofficial motto. Drawing inspiration from that bible of the counterculture, Jobs recast how people think about and use technology. As the cofounder of Apple, he worked in the shadow of such behemoths as IBM and Microsoft. Yet, with great nimbleness and much brashness he led an upstart company that transformed the consumer electronics industry with revolutionary products such as the Apple II and Macintosh computers, iPod, iPhone, and the iPad. Jobs was always the face of Apple, and his much-publicized ambition to create more elegant and “user-friendly” devices made him part of a national tradition of inventor-[heroes] dating back to to Thomas Edison. “Think Different,” Apple’s highly successful advertising campaign introduced in 1997, was not only a shrewd marketing slogan but also exemplified Jobs’ relationship with the larger industry. Channeling his inner Steve McQueen, the jeans-wearing executive often raced his motorcycle between meetings during Apple’s early years.

If you want to see this portrait and those of all the other “cool” Americans in person, the exhibition will be open all the way through September 7th.