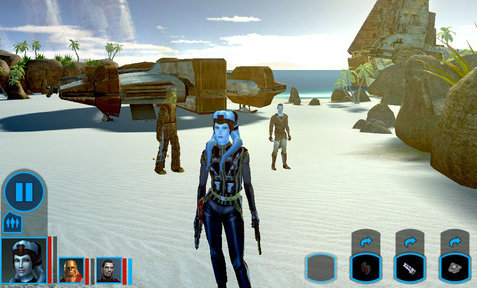 If you’ve never played the highly acclaimed Star Wars: Knights of the Old Republic, you now have another reason to try it. The game is now 50% off on the App Store, dropping from $9.99 to $4.99, as part of a celebration of the game’s 10th anniversary.

The game was originally released back on June 15th of 2003 for the Xbox, but has since been recently ported over to the iPad. The game is a lengthy RPG, so those looking for a quick pick-up and play game should look elsewhere.

KOTOR is often included on people’s all-time favorite games lists, and was developed by the same team that went on to make the wildly successful Mass Effect series.

The sale is only on for a limited time, so if you’re at all interested in trying it out, you should act fast.