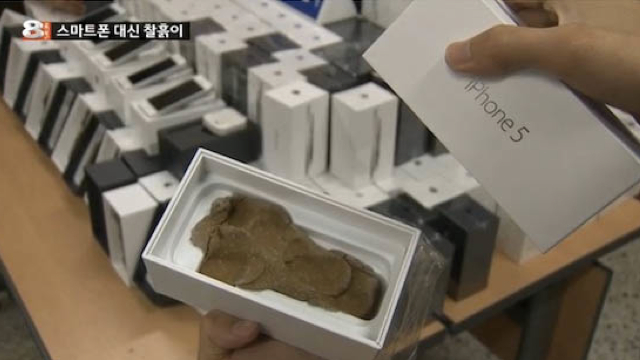 If you’d be willing to trade away your iPhone’s features and functionality for a little more malleability, perhaps the clay iPhone is for you.

Three men in South Korea were reportedly arrested after being caught selling 300 clay filled iPhone boxes to a Chinese merchant. The iPhone boxes looked and weighed identically to real ones, only these ones were filled with chunks of clay rather than fancy new phones. The men reportedly mixed the clay phones in with some real iPhones when they sold them to the merchant, hoping that he’d only open up ones that actually contained an iPhone.