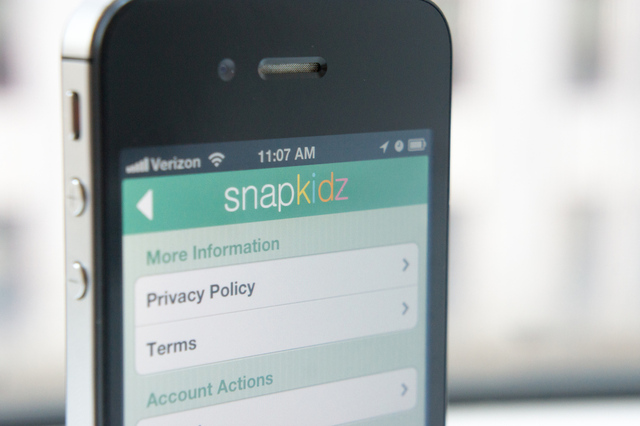 In the past, if you were under 13 and tried to sign up for a Snapchat account, an age gate would stop you in your tracks. Now, however, the Snapchat team has updated the app to include a new feature called Snapkidz, a fairly lame solution for users too young to download the full experience.

If a user that’s under 13 downloads Snapchat now and inputs his age, it will still allow him to use the app, however, it will be an incredibly limited experience. “How limited?” you ask. Well, first think of Snapchat, now remove the whole friends list and photo sharing experience. Yup, Snapkidz limits Snapchat’s ability to the point where it’s just a simple photo editor.

Kids can take snaps and then they use either the app’s draw tool to add some colorful lines or the caption tool to add a text box to their image. They can then decide whether they want to save it to their device or whether they just want their image to be deleted forever.

Snapchat’s photo editing tools are arguably terrible. There’s a coloring tool which offers limited colors and draws in only one size. There’s a text tool that has a very limiting character limit. All that, and the photo you take is one that is much lower quality than what you would have gotten if you simply used the default camera app.

The long story short, if you’re reading this and are under 13, you might want to wait until you’re older to try out Snapchat.