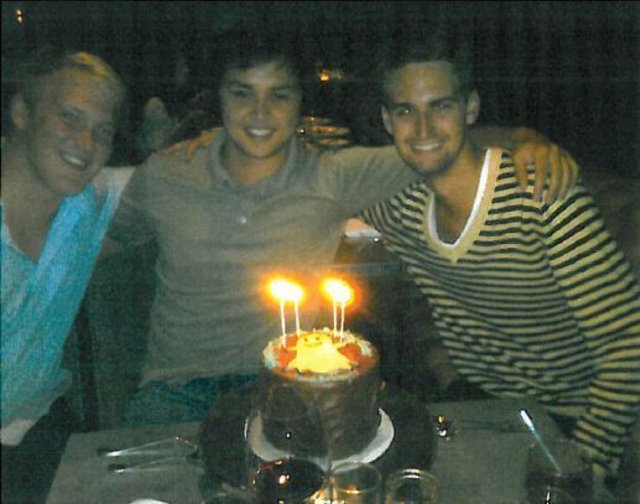 Snapchat, the photo messaging app, has been booming in popularity in recent months. Now, the app’s founders are being sued by a man claiming that he was the one who originally came up with the idea for the service.

Frank Reginald Brown IV was a student at Stanford along with Snapchat founders Evan Spiegel and Bobby Murphy. A picture of the three in front of a Snapchat themed cake obtained by the L.A. Times shows that the three did in fact know each other; however, the extent of their relationship is unknown.

Brown claims that he was the first one to ever come up with the Snapchat concept and that Spiegel and Murphy referred to it as a “million dollar idea”. Brown even claims that he was the one that came up with the current Snapchat ghost logo. He says that after working on the app together for a whole summer, back when the app was named Picaboo, Spiegel and Murphy changed the passwords to their servers and prevented Brown from coming back.

Snapchat responded to the lawsuit with the following statement:

We are aware of the allegations, believe them to be utterly devoid of merit, and will vigorously defend ourselves against this frivolous suit. It would be inappropriate to comment further on this pending legal matter.

Now all we need is to wait a few years, have Snapchat grow a bit bigger, get David Fincher involved and we have an Oscar nominated film on our hands.