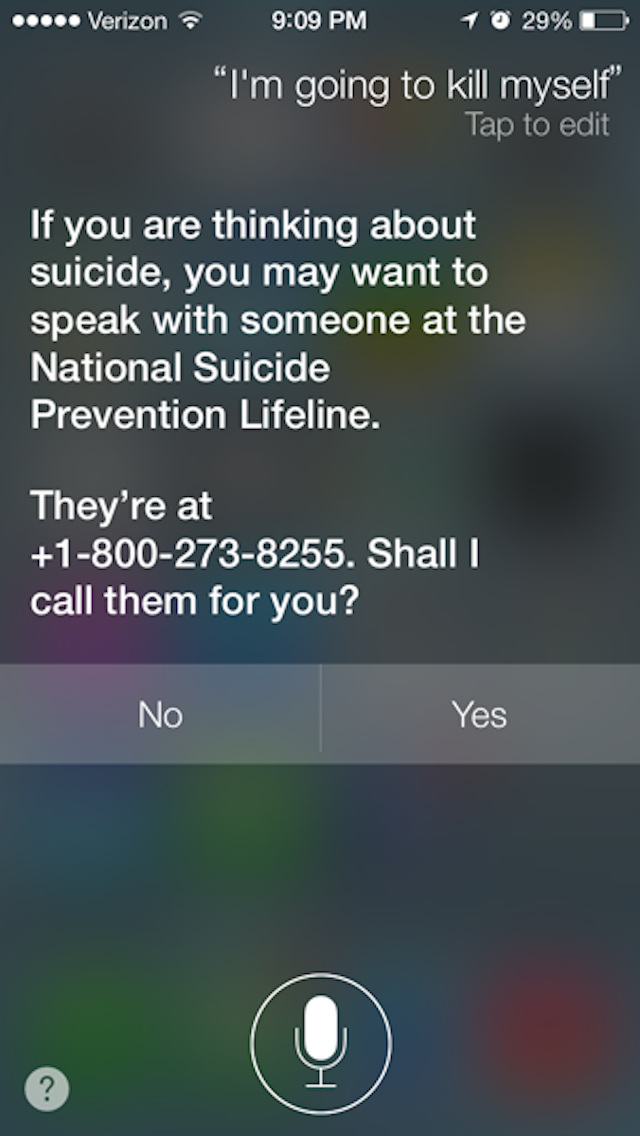 Thanks to a new update, Siri will now offer a more helpful response when suicide references are made. Before now, Siri would provide users with the contact information for the suicide prevention hotline. Now Siri will actually offer to call the National Suicide Prevention Lifeline and the user just needs to hit yes to be connected.

This change is seen in both iOS 6 and the upcoming iOS 7. Hopefully this will change will be able to prevent potential suicides in the future.