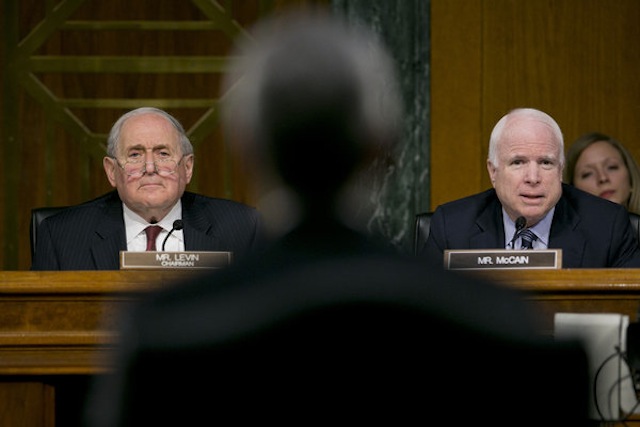 As always, there’s a lot of complaints, but there’s also a lot to be excited about in iOS 7 and apparently the new software has a little something for everyone, including Senator John McCain, who thanked Apple for a new feature he’s looking forward to in the update.

After grilling Apple CEO Tim Cook back in May about Apple’s tax practices, Sen. John McCain had a question about his iPhone and who better to ask than Tim Cook? “What I really wanted to ask is why the hell do I have to keep updating my apps on my iPhone all the time?” he asked. Cook, hilariously, responded with, “Sir, we’re trying to make them better all the time.”

With iOS 7 it looks like McCain got exactly what he wanted, which allows users to have their iPhone or iPad auto-update all of their apps, so he’ll never have to update each one individually. On Twitter yesterday, McCain posted a tweet thanking Tim Cook and Apple for the new feature.