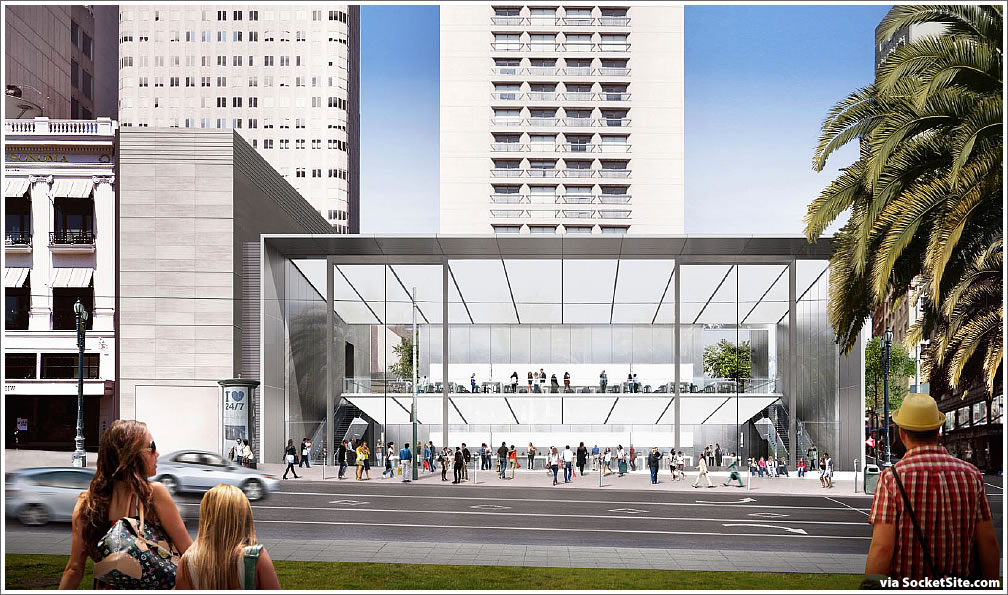 Apple has reportedly received the final go ahead to begin construction on its San Francisco flagship location.

Flashback to several months ago and you might remember reading about Apple’s ambitious plans for a new flagship Apple Store in San Francisco. The City of San Francisco, however, forced Apple to make a number of revisions in order to be accepted, including the ensured preservation of a nearby historic well. Apple happily accepted these requests and adjusted the store’s plans to match.

A model of the store displayed at the meeting shows off its giant 44-foot tall and 23-foot wide sliding glass panels that can function as a giant entrance.

An Apple representative has promised San Francisco’s planning committee that the Union Square store will be even more iconic than Apple’s Fifth Avenue store in New York. Now that all the pre-construction shenanigans are out of the way, we must deal with the agonizing wait of the construction process itself.